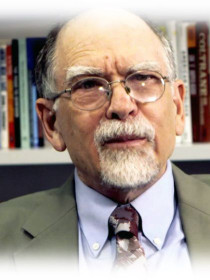 Block’s research explores the systematic connections among economy, politics, and society, and analyzes the U.S. and global economy from an historical and institutional perspective. He probes the circumstances in which markets alone cannot generate solutions to economic problems. He is currently president of the Center for Engaged Scholarship that provides dissertation fellowships to Ph.D. students in the social sciences whose work contributes to struggles for social, racial, gender, and environmental justice.
Contributions | No Jargon Podcast | In the News | Publications

A Strategy to Foster Advanced Manufacturing in the United States

The Vital Role of Government in U.S. Economic Innovation

Capitalism: The Future of an Illusion (University of California Press, 2018).

Argues that restoring the vitality of the United States and the world economy can be accomplished only with major reforms on the scale of the New Deal and the post–World War II building of new global institutions.

State of Innovation: The U.S. Government’s Role in Technology Development (with Matthew R. Keller) (Paradigm Publishers, 2011).
Provides an overview of the extensive governmental role in moving new technologies from the research lab to the marketplace.
"Where Do Innovations Come From? Transformations in the U.S. Economy, 1970-2006" Socio-Economic Review 7, no. 3 (2009): 459-83.
Reports results of a study of four decades of award-winning marketable innovations, and explores the role of large firms, smaller firms, and private and public partnerships in creating innovative products and bringing them to the market.
"Building on Success: Reforming the U.S. Innovation System," (with Matthew R. R. Keller), December 31, 2008.

The report was released at a December 1, 2008 policy event and conference in Washington D.C. Co-sponsored by the Economic Policy Institute, the Information Technology and Innovation Foundation, the Breakthrough Institute, and the University of California, Davis, the conference brought together panels of experts to address how to strengthen the U.S. innovation system, the 'green challenge' - investing in innovation for energy independence and stability, and how to overcome obstacles to improving the innovation system in the United States.

The Vampire State (New Press, 1996).
Elaborates a critique of the free market ideas that have dominated U.S. political and economic debate, and warns of the dangers of continued reliance on these ideas.
Postindustrial Possibilities (University of California Press, 1990).
Explains how structural changes in advanced economies require a rethinking of economic categories and policies that emerged in the 19th century.