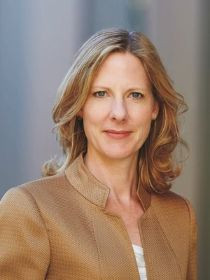 Gerken teaches and writes about election law and constitutional law. Her election law work focuses on how best to get election reform passed. Her constitutional law work emphasizes the importance of local governance to racial minorities, dissenters, and a vibrant democracy. Gerken has served as a Senior Adviser and member of the National Election Protection Team to the Obama campaigns in 2007-2008 and 2011-2012. She drafted a proposal for creating a “Democracy Index” which has been incorporated into three separate bills (sponsored by Senators Hillary Clinton and Barack Obama and Representative Israel) and adopted by Mayor Bloomberg of New York City. She is Co-Founder and Adviser to the San Francisco Affirmative Litigation Project at Yale Law School, which has become a national model and helped focus attention on local government work as a source for change. She is a Trustee of the Campaign Legal Center, a nonpartisan group dedicated to election reform. Finally, Gerken is a member of the Connecticut Elections Performance Task Force; of the State Election Website Assessment project; of the Center on Law and Redistricting’s Board of Supervisors; and of the ABA Redistricting Task Force, charged with recommending best practices for redistricting.

Why America's Election System is Failing - And How to Fix It

"Keynote Address: Lobbying as the New Campaign Finance" Georgia State University Law Review 1155, no. 27 (2011).
Argues that lobbying reform is as important to the health of our democracy as campaign finance reform.
"The Foreword: Federalism All the Way Down" Harvard Law Review 124, no. 4 (2010).
Argues that federalism and localism can be useful for racial minorities and dissenters.
"Getting from Here to There in Redistricting Reform" Duke Journal of Constitutional Law & Policy 5, no. 1 (2010).

Explains why redistricting reform is difficult to pass and proposes reform ideas for the future.

The Democracy Index: Why Our Election System is Failing and How to Fix It (Princeton University Press, 2009).
Proposes we rank states and localities based on how well they run elections. Idea has been put into proposed legislation by Barack Obama, Hillary Clinton, and Steve Israel.
"Shortcuts to Reform" Minnesota Law Review 93, no. 1582 (2009).
Identifies the best strategies for getting election reform passed.