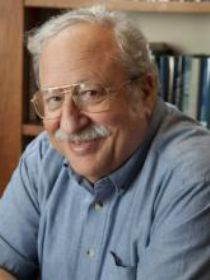 Ganz teaches, researches, and practices public leadership, narrative, strategy and organization in social movements, civic associations, and politics. In 1991, after 28 years of organizing, he earned a BA in history and government; in 1993, an MPA, and in 2000, a PhD in sociology. He publishes in AJS, APSR, SSIR, and elsewhere. His first book, Why David Sometimes Wins was published in 2009. In 2007-8 he was a key designer of the grassroots organization of the Obama campaign. In 2010 he received an honorary DD from the Episcopal Divinity School. He works with the Leading Change Network to support social change around the world.

How Progressives Can Regain the Initiative

" Social Entrepreneurship As Field Encroachment: How a Neoliberal Social Movement Constructed a New Field" (with Tamara Kay and Jason Spicer). Socio-Economic Review 17, no. 1 (2019): 195–227.

Shows how new fields can emerge through field encroachment, whereby shifts among overlapping fields create structural opportunities for the ascendency of new fields, which may adapt logics borrowed from adjacent fields to construct legitimacy.

Argues that social entrepreneurship has done little to impact the problems it aspires to solve and has risen to popularity despite a lack of evidence for its effectiveness.