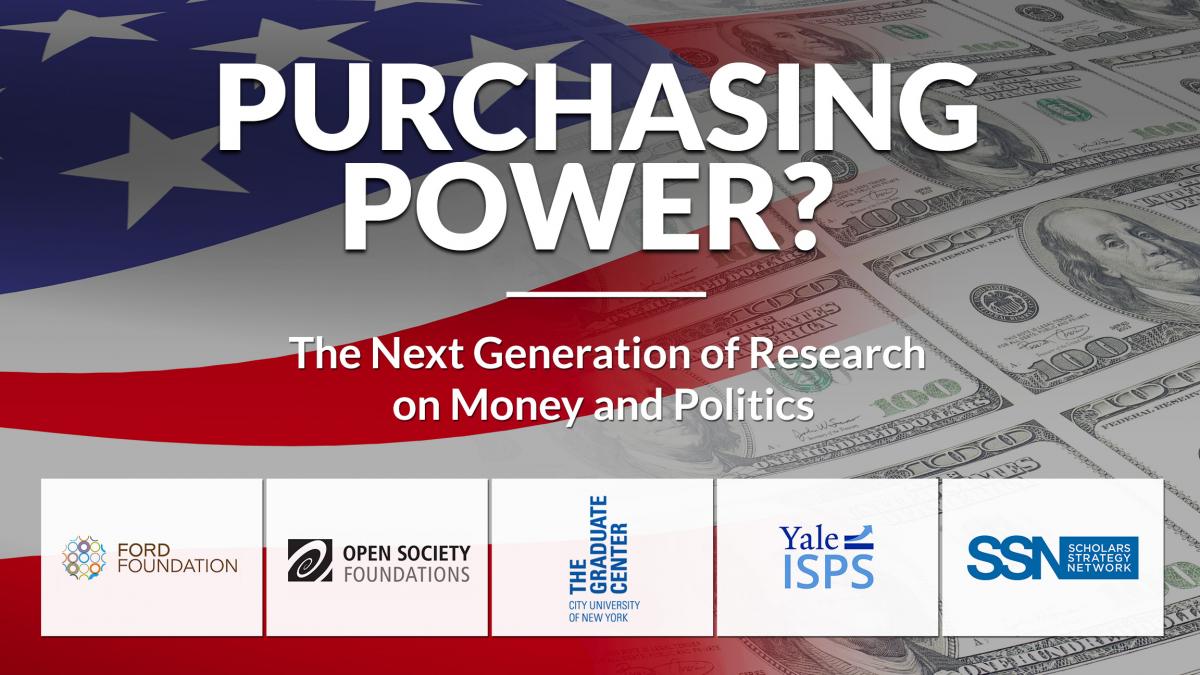 For too long, scholarship on money in politics has narrowly focused on the marginal impact of additional dollars spent on high-profile campaigns. Much less attention has been paid to the myriad other ways in which individuals or groups with substantial resources might shape politics, including the ways money in politics might shape the agenda of public debate, the range of viable candidates and policy options, and help determine the outcomes of consequential political conflicts.

The workshop seeks to address this knowledge gap. To do so, Scholars Strategy Network along with the City University of New York's Graduate Center of Political Science and the Yale University Institute of Social and Policy Studies, with the support of the Ford Foundation and the Open Society Foundations will bring together a diverse group of leading scholars from across the country to present new research findings explicitly linked to the policy-oriented workshop themes. At the workshop, presenting scholars will engage with leading organizers and other civic leaders, brought to the workshop with the support of the Rockefeller Brothers Fund. The practitioners will bring a pragmatic perspective to the discussion and together the scholars, organizers, and other civic leaders will begin developing a strategic new direction for scholarly research on the topic of money in U.S. politics.

3:30-5:00 pm | The $10 billion Election: New Approaches to the Study of Campaign Finance in the Post-Citizens United World

What do Corporations Have to Hide? Glimpses of Dark Money

Money and Internal Influence in Congress

11:00 am-12:30 pm | The New Face of Business: Lobbying, Philanthropy, and Corporate Organization at the State and National Levels

The Power of Economic Interests and the  Congressional Economic Policy Agenda

1:30-2:45 pm | Broadening the Money and Politics Agenda: Race, Gender, and the Geographic Distribution of Advantage and Disadvantage

The Political Value of Cash—Hard to Prove, Harder to Solve

Thinking Intersectionally about the Relationship between Economic and Political Power: Three Lessons & Some New Questions

Buying In: Gender and Fundraising in Congressional  Primary Elections

Financial Capacity and Strategic Investors in an Era of  Deregulation

Casting a Wider Net: The Untapped Potential of Programs to Increase the Economic
Diversity of the Candidate Pool

Felicia Wong, President and CEO of the Roosevelt Institute:

“Overcharged”: The Economic Costs of Money-in-Politics

Tam Doan, Research and Policy Director at Every Voice Center