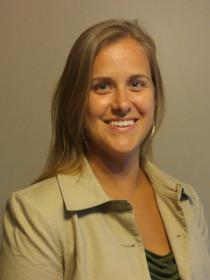 Nickels's research centers on issues of power, social equity, and democratic participation in the fields of urban politics, nonprofit and community-based organizations, and public policy and administration. Her area of specialization is community development, broadly defined. Nickels's work is highly influenced by her years working in feminist community activism and commitment to a critical research practice.
Contributions | No Jargon Podcast | In the News | Publications

Stabilization and Equity - Responses to Urban Fiscal Crisis in Flint, Michigan, and Beyond

Episode 201:
Death by a Thousand Cuts

Uses a content analysis of public statements and interviews of the founding members of Black Lives Matter (BLM). Examines the ways in which the founders of BLM frame the group's actions. Brings together the critical feminist concept of intersectionality with framing theory to show how the founders of BLM have strategically framed the movement as one that honors past Black Liberation struggles, but transforms traditional framing of those struggles to include all Black lives inclusive of differences based on gender, sexual orientation, age, nationality, or criminal status.

Highlights the lives of Grand Rapids, a city known for large-scale events like ArtPrize; major businesses like Meijer Steelcase, and Amway and the philanthropic and political contributions of its wealthiest residents, from the bottom-up. In this collection of critical essays, poetry, and personal narratives, the experiences of grassroots activists and residents working day-in and day-out to make Grand Rapids what it is and making it what it can be. Raises the voices of those individuals and grassroots groups.

Examines the development and use of Municipal takeovers, examining how this policy of aggressive state intervention calls into question two principles of local autonomy enshrined in home rule: that allowing local matters to be handled by local authority removes the need for state special legislation and that giving local governments functional autonomy allows them to solve problems without state intervention. This article presents case studies of New Jersey and Michigan to examine differences in home rule protection as well as approaches to municipal takeover.

Examines how a local faith based organization garnered social capital within its surrounding community to pursue successful community development in the absence of and opposition to governmental support and political resistance.