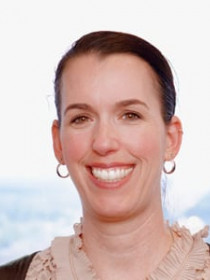 Deal Barlow's research focuses on the intersectionality of Evangelical Christianity and politics, and attitudes toward civil rights for marginalized populations. Deal Barlow's overarching themes in writings include the impact of biblical literalism on women’s political participation, attitudes toward disenfranchisement of felons, and dog whistle politics. Deal Barlow has taught Introduction to Religious Studies and Introduction to American Politics at Georgia State University. Deal Barlow serves as an academic liaison for the Inner City Muslim Action Network (IMAN) Atlanta.

"I Am Fearfully and Wonderfully Made: A History of Transgender Identity and What It Means for Progressive Christianity," Georgia State University, August 8, 2017.

Traces the historical evolution of the term transgender in the United States, mainly since the Second World War. Discusses how this terminological history may sustain an understanding of transgender identity within progressive Evangelical churches, and shows how different progressive interpretations of the creation stories in Genesis may serve to promote tolerance and acceptance.