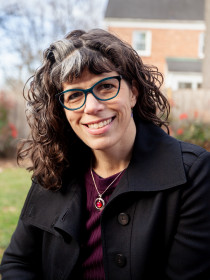 Director, Program for Society and the Environment and Professor of Sociology, University of Maryland
Areas of Expertise:

Fisher focuses on understanding the relationship between environmentalism and democracy - most recently by studying American climate politics, social protest, activism, and environmental stewardship. She is currently focusing much of her attention on how climate and energy policy networks evolve around the 2016 election. She is also tracking the collective action that has erupted in the U.S. in response to the election of Donald Trump. Fisher has collaborated with the U.S. Forest Service and a variety of local environmental stewardship groups in cities in the Northeast since 2007 as part of her work on urban stewardship.

Community Environmental Projects as a Gateway to Greater Citizen Participation

Urban Environmental Stewardship and Civic Engagement: How Planting Trees Strengthens the Roots of Democracy (with Erika S. Svendsen and James J.T. Connolly) (Routledge Press, 2015).
Assesses the connection between urban environmental stewardship and civic engagement by studying volunteers working on the MillionTrees initiative in New York City. Argues that environmental stewardship is a gateway to numerous other forms of civic engagement.
"An Empirical Examination of Echo Chambers in U.S. Climate Policy Networks" (with Lorien Jasny and Joseph Waggle). Nature Climate Change (2015).

Explains why climate denialism continues to thwart political action on climate change at the federal level. Presents data from the top policy actors involved in U.S. climate politics and the ways that scientific information diffuses through their policy networks to show that information is being amplified and distorted through echo chambers.

"Youth Political Participation: Bridging Activism and Electoral Politics" Annual Review of Sociology 38 (2012): 119-137.
Provides an overview of the state of knowledge on youth political participation in America, arguing that we must integrate perspectives on activism and electoral politics to understand the process more effectively.
Activism, Inc. (Stanford University Press, 2006).
Explores the outsourcing of grassroots campaigns on the Left in America by presenting extensive in depth data on the largest canvassing organization in the country.
"How Do Organizations Matter? Mobilization and Support for Participants at Five Globalization Protests" (with Kevin Stanley, David Berman, and Gina Neff). Social Problems 52, no. 1 (2005): 102-121.
Looks at the ways that protesters mobilize to participate in social protest. It finds that “global protests” are mostly populated by local people who are mobilized through local organizations.
National Governance and the Global Climate Change Regime (Rowman & Littlefield Publishers, Inc., 2004).

Compares domestic responses to international climate policy-making and the Kyoto Protocol in the U.S., Japan, and the Netherlands.