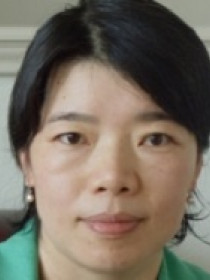 Liu’s work focuses on women, social movement, and international development, with particular reference to China and India. Liu has consulted with the World Bank on gender and development. She previously worked in Chinese and international women’s groups, including the International Women’s Rights Action Watch – an international network that monitors the implementation of the Convention on the Elimination of All Forms of Discrimination Against Women.

World Conferences in the Fight for Women's Rights

The Global Fight for Women’s Rights: The Fourth World Conference and Women’s Activism in Democratic India and Authoritarian China .
Tracks the mobilization of women’s organizations to participate in the Fourth World Conference on women and the after-effects to find ways in which world conferences and similar transnational campaigns may energize and connect with domestic social movements.
"When Do National Movements Adopt or Reject International Agendas?: A Comparative Analysis of the Chinese and Indian Women’s Movements" American Sociological Review 71, no. 6 (2006): 921-942.
Examines the contrasting responses from the Chinese and Indian women’s movements to the agenda adopted by the United Nations Fourth World Conference on Women.
"Making the Case: The Women’s Convention and Equal Employment in Japan" (with Elizabeth Boyle). International Journal of Comparative Sociology 42, no. 4 (2001): 389-404.
Develops an explanation of how international treaties can effect change for groups – like women – with little economic or political power.