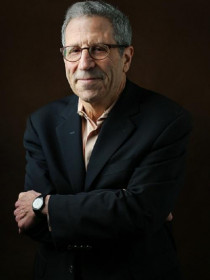 Maskin is the Adams University Professor and Professor of Economics and Mathematics at Harvard. Maskin has made contributions to game theory, contract theory, social choice theory, political economy, and other areas of economics. Maskin received his A.B. and Ph.D from Harvard and was a postdoctoral fellow at Jesus College, Cambridge University. Maskin was a faculty member at MIT from 1977-1984, Harvard from 1985-2000, and the Institute for Advanced Study from 2000-2011. Maskin rejoined the Harvard faculty in 2012. In 2007, Maskin was awarded the Nobel Memorial Prize in Economics (with L. Hurwicz and R. Myerson) for laying the foundations of mechanism design theory.

"The Economics of Malaria Control in an Age of Declining Aid" (with Célestin Monga, Josselin Thuilliez, and Jean-Claude Berthélemy ). Nature Communications 10 (2019): 1-5.

Examines financing in the fight against malaria by describing malaria control plans in Africa since 2000 and offering a model of the economics of malaria and how heath aid can help.

"Introduction to Mechanism Design and Implementation" Transnational Corporations Review 11, no. 1 (2019): 1-6.

"How Can Cooperative Game Theory be Made More Relevant to Economics?: An Open Problem" in Open Problems in Mathematics, edited by John Forbes Nash, Jr. and Michael Th. Rassias (Springer, 2016), 347-350.

Notes that prevalent economic theories predict that globalization should reduce inequality in emerging economies, however, this has not been the case. Forwards an alternative theory, which is a better fit for recent history.