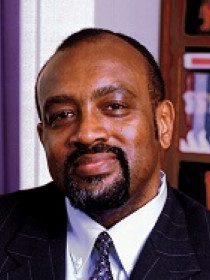 Loury is an academic economist who has been published mainly in the areas of applied microeconomic theory, game theory, industrial organization, natural resource economics, and the economics of race and inequality. He has been elected Fellow of the American Academy of Arts and Sciences and of the Econometric Society, Member of the American Philosophical Society, Vice President of the American Economics Association, and President of the Eastern Economics Association. In 2005 he won the John von Neumann Award(given annually by the Rajk László College of the Budapest University of Economic Science and Public Administration to "an outstanding economist whose research has exerted a major influence on students of the College over an extended period of time.") He is the recipient of a Guggenheim Fellowship and a Carnegie Scholarship to support his work. He has given the prestigious Tanner Lectures on Human Values at Stanford (2007), the James A. Moffett ’29 Lectures in Ethics at Princeton (2003), and the DuBois Lectures in African American Studies at Harvard (2000.) As a prominent social critic and public intellectual, writing mainly on the themes of racial inequality and social policy, Professor Loury has published over 200 essays and reviews in journals of public affairs in the U.S. and abroad. He is a member of the Council on Foreign Relations, is a contributing editor at The Boston Review, and was for many years a contributing editor at The New Republic.

"The Growth of Incarceration in the United States," (with the Committee on the Causes and Consequences of High Rates of Incarceration), National Research Council, April 30, 2014.
Sums up research on the causes and harmful effects of America’s over-reliance on imprisonment – and recommends reforms in sentencing, prison practices and social programs for ex-prisoners and their families.
"Valuing Diversity" (with Roland Fryer). Journal of Political Economy 121, no. 4 (2013): 1-29.
Explores the economics of diversity-enhancing policies.
"The Superficial Morality of Color-Blindness: Why Equal Opportunity May Not Be Enough," Annual Meetings of the American Economic Association, December 31, 2012.
Shows that – in the presence of continued social segregation and when human capital spillovers within social networks are important – the consequences of past discrimination may persist indefinitely, absent some racially egalitarian intervention. Concludes that under such conditions "color-blindness" – i.e. official indifference to race in the formulation of public policies – is NOT an adequate response to this problem, and that "affirmative action" (i.e. policies whose explicit objective is to create more equal social outcomes between racial groups) is ethically justified.
"Stereotypes and Inequality: A 'Signaling' Theory of Identity Choice" (with with Young Chul Kim). KDI Journal of Economic Policy 34, no. 2 (2012): 1-17.
Develops an identity choice model within the context of a stereotyping-cum-signaling framework. The model allows us to explore implications of the fact that, when individuals can choose identity, then the distribution of abilities within distinct identity groups becomes endogenous. This is significant because, when identity is exogenous and if the ability distributions within groups are the same, then inequality of group reputations in equilibrium can only arise if there is a positive feedback between group reputation and individual human capital investment activities. The model implies that inequality deriving from stereotyping of endogenously constructed social groups is at least as great as the inequality that can emerge between exogenously given groups.
"Affirmative Action in Winner-Take-All Markets" (with Roland Fryer). Journal of Economic Inequality (2005): 1-21.
Considers two forms of affirmative action: group-sighted, where employers are allowed to use group identity in pursuit of their diversity goals; and group-blind, where they are not. It is shown that the equilibrium group-sighted affirmative action scheme involves a constant handicap given to agents in the disadvantaged group. Equilibrium group-blind affirmative action creates a unique semi-separating equilibrium in which a large pool of contestants exerts zero effort, and this pool is increasing in the aggressiveness of the affirmative action mandate.
"Anti-Discrimination Enforcement and the Problem of Patronization" (with Steven Coate). American Economic Review 83, no. 2 (1993): 92-98.
Develops a simple taste-discrimination model which illustrates these problems in the enforcement of antidiscrimination laws.