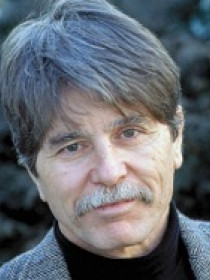 Miller’s recent research interests have focused on three areas: debates about globalization, especially about sweatshops, labor standards and poverty alleviation; state tax policy and how to make it progressive and adequate; and writing popular articles about macroeconomics and financial stability (e.g. the Great Recession and the sluggish economic recovery), tax and budget policies, and globalization. In addition to being a leader and past president of the American Association of University Professors chapter at Wheaton College, where he has worked since 1979, he is involved in his local community. Over the years, he has worked with several Boston-based economic justice groups, including United For a Fair Economy, Boston Uncut, and the Dollars & Sense economic forum at Occupy Boston. Miller is also a supporter of Bikes Not Bombs, a Boston-based group that works with inner-city youth refurbishing bicycles and then distributing them in Boston and in the developing world.

"The Tax Adequacy Problem in the New England States: What Can be Done about It?," (with Josh Mason), Political Economy Research Institute, University of Massachusetts Amherst, September 30, 2014.

Examines the failure of the tax base of six New England governments to generate revenues that keep pace with the growth of their economies. Our analysis identifies reforms intended to assure adequate long-term growth of state taxes including: increasing their reliance on the personal income tax; dismantling the loopholes in the state corporate income tax; and broadening the base of the sales tax by taxing selective services and at the same time reducing the sales tax rate.

Economic Collapse, Economic Change: Getting to the Roots of the Crisis (with Arthur MacEwan) (Routledge, 2011).
Argues that the economic crisis, which emerged in 2007, had its origin in a nexus of economic inequality, elite (undemocratic) power, and a perverse leave-it-to-the-market ideology that has developed over recent decades. We further argue that to establish long-run economic stability it is necessary to alter the conditions of inequality, power, and ideology.
"Leaving the Sphere of Exchange with David Houston, Karl Marx, and Even Adam Smith: Insights into the Debate about Sweatshops" Review of Radical Political Economics 41, no. 3 (2009): 358-364.
Traces the change in consciousness about sweatshops and anti-sweatshop movements among economists by examining what Smith, Marx, and earlier neoclassical economists actually wrote about sweatshop-like conditions and anti-sweatshop movements.
"Teaching about Sweatshops and Globalization" Review of Radical Political Economics 36, no. 3 (2004): 321-327.
Describes exercises in political economy for engaging students in the study of sweatshops, and explores the author’s efforts to involve students in the debate among economists about sweatshops and the anti-sweatshop movement, an analysis of the place of sweatshops in the process of globalization, and efforts to end sweatshop abuse.
"Why Economists are Wrong about Sweatshops and the Antisweatshop Movement" Challenge 47, no. 1 (2003): 93-122.
Challenges the arguments economists typically use to defend sweatshops and to dismiss labor market interventions aimed at alleviating sweatshop abuse as counterproductive. I contend that these arguments are rooted in an exchange perspective that obscures power differentials and are at odds with the historical record and empirical evidence.
"Social Wage or Social Profit? The Net Social Wage and the Welfare State" Review of Radical Political Economics 21, no. 3 (1989): 82-90.
Addresses the questions: Do the spending and taxing policies of the modern welfare state in the United States redistribute income in favor of capital or labor, and what role has the spending and taxing policies of the welfare state played initially in supporting the postwar boom and then later in contributing to its unraveling?