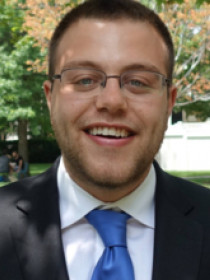 Zoorob's research centers on the political dimensions of inequality, policing, and health, with particular interest in police unions, sheriff elections, and the overdose epidemic in the United States. His popular audience writings have appeared in the Sunlight Foundation, Houston Chronicle, and Nashville's Gideon Army's "Driving While Black" report on racial disparities in traffic stops. He is a doctoral student fellow at the Malcolm Wiener Center's Multidisciplinary Program in Inequality & Social Policy.

How Unions Help Prevent Workplace Deaths in the United States

Documents systematic differences in the cannabinoid content reported by different laboratories in Washington that persist even after accounting for the producer, product type, and strain name of the products submitted to each lab. Underscores the need for standardized laboratory methodologies in the legal cannabis industry and provides a framework for quantitatively assessing laboratory quality.

"Bowling Alone, Dying Together: The Role of Social Capital in Mitigating the Drug Overdose Epidemic in the United States" (with Jason L. Salemi). Drug and Alcohol Dependence 173 (2017): 1-9.