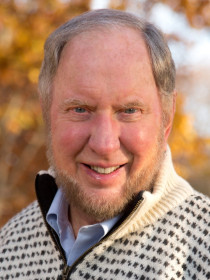 Putnam is a member of the National Academy of Sciences, a Fellow of the British Academy, and past president of the American Political Science Association. In 2006, he received the Skytte Prize, the world's highest accolade for a political scientist. In 2012, Barack Obama awarded Bob the National Humanities Medal, the nation’s highest honor for contributions to the humanities. He has written fifteen books, translated into twenty languages, including Making Democracy Work: Civic Traditions in Italy and Bowling Alone: The Collapse and Revival of American Community.

Why Democrats Need to Open Doors - And How They Can

Argues that fundamental to the American Dream is the belief that our children will have better lives than we do, that Americans believe in equality of opportunity, limited only by one’s talent and hard work. But recent decades have left more Americans doubting this belief. In addition to illustrating newly researched national data, Putnam will tell this story through compelling coming-of-age stories of how growing up rich and poor has changed in all corners of America—in rural areas, the suburbs, and big cities—over the last several decades.

American Grace: How Religion Divides and Unites Us (with David E. Campbell) (Simon and Schuster, 2010).

Discusses three seismic shocks in America's religious landscape and explores the results, such as growing polarization and strengthening of personal interfaith ties.

Warns that the national stockpile of “social capital” – our reserve of personal bonds and fellowship – is seriously depleted, and outlines the framework for sustained, broad-based social change to restore America’s civic virtue.

Draws on evidence including nearly 500,000 interviews over the last quarter century to show that we sign fewer petitions, belong to fewer organizations that meet, know our neighbors less, meet with friends less frequently, and even socialize with our families less often.