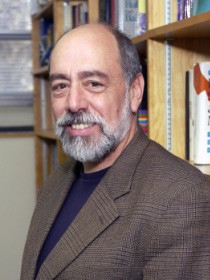 Schram’s research and scholarship are focused on the politics of inequality. Schram's work is interdisciplinary, if primarily located in Political Science, Sociology, Public Affairs, Social Work and related disciplines especially as it relates to issues of social welfare policy, poverty studies, race, gender and class relations (subaltern studies). In Political Science, Schram’s work bridges the sub-fields of Public Policy, American Politics, Political Behavior, Race and Ethnic Politics, Gender Politics, Contemporary Political Theory, and Political Economy. Schram has testified before Congress on welfare policy, Schram's research on welfare migration has been used before the Supreme Court, and Schram is an active member of the Working Families Party in New York City. Schram has published 12 books, including Words of Welfare: The Poverty of Social Science and the Social Science of Poverty (1995) and Disciplining the Poor: Neoliberal Paternalism and the Persistent Power of Race (2011), co-authored with Joe Soss and Richard Fording, both of which won the Michael Harrington Award from the American Political Science Association. His most recent book is co-authored with Richard Fording, Hard White: The Mainstreaming of Racism in American Politics (2020). Schram is the 2012 recipient of the Charles McCoy Career Achievement Award from the American Political Science Association.

The Appeal and Limitations of Social Impact Bonds

"Babies as Barriers: Welfare Policy Discourse in an Era of Neoliberalism" (with Linda Houser, Joe Soss, and Richard C. Fording), in Routledge Handbook on Poverty in the U.S., edited by Stephen Haymes, Maria Vidal de Haymes, and Reuben Miller (Routledge, forthcoming).
Analyzes how talk about “barriers” serves to position single mothers as deficient workers who must learn to overcome their limitations in balancing homemaking with breadwinning. The implied denigration of mothering is assessed for its policy and programmatic implications.
"The Cognitive and Emotional Sources of Trump Support: The Case of Low-Information Voters," (with Richard Fording), November 2016.

Presents research on cognition and emotional appeal as strategies for swaying voters. Compares knowledge of U.S. politics among voters, and concludes that 'low information voters'—voters who are influenced by emotional appeal, as opposed to political research and ideas— make up a significant portion of Trump's support.

"The Politics of Precarity: A Discussion of Sanford Schram’s The Return of Ordinary Capitalism: Neoliberalism, Precarity, Occupy" (with Eva Bertram). Perspectives on Politics 14, no. 2 (2016): 474- 485.

Comments on the book and on the broader question the book poses: Are we confronting a new form of capitalism that engenders new forms of politics, and if so, what does this mean for political science?

"Do Welfare Sanctions Help or Hurt the Poor? Estimating the Causal Effect of Sanctioning on Client Earnings" (with Richard C. Fording and Joe Soss). Social Service Review 87, no. 4 (2013): 641-676.
Examines the effect of financial sanctions for noncompliance on the earnings of TANF clients.
Disciplining the Poor: Neoliberal Paternalism and the Persistent Power of Race (with Joe Soss and Richard C. Fording) (University of Chicago Press, 2011).
Explains the transformation of poverty governance over the past forty years – why it happened, how it works today, and how it affects people. In the process, it clarifies the central role of race in this transformation and develops a more precise account of how race shapes poverty governance in the post–civil rights era.
Change Research: A Case Study of Housing Advocacy and Social Work Research (with Corey Shdaimah and Roland Stahl) (Columbia University Press, 2011).
Describes the origins of the partnership that created the Philadelphia Housing Trust Fund; follows the collaboration’s growth, and includes developing tensions and their diffusion in ways that contributed to the research. Demonstrates that collaborating with community members adds a critical dimension to social work research, providing practitioners with intimate knowledge of a community’s goals and needs while equipping community advocates with vital skills for social change.
"Deciding to Discipline: A Multi-Method Study of Race, Choice and Punishment on the Frontlines of Welfare Reform" (with Joe Soss, Richard C. Fording, and Linda Houser). American Sociological Review 74, no. 3 (2009): 398-422.
Investigates how implicit racial biases and discrediting social markers interact to shape officials’ decisions to impose sanctions. Presents experimental evidence based on hypothetical vignettes that case managers are more likely to recommend sanctions for Latina and black clients – but not white clients – when discrediting markers are present.