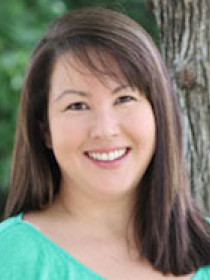 Fulton is an expert in women in politics, specializing in how voters respond to women candidates.  Her work challenges the longstanding perspective that the electorate treats men and women candidates equitably.  Instead, her research demonstrates that women candidates are more likely than men to hold the qualifications that voters value, and shows that this qualifications gap is the reason why women appear to win elections at equal rates as men.  Absent a qualifications advantage, women candidates receive a vote-penalty relative to their male competitors which accounts for more than a dozen losses by women congressional candidates over the past 20 years.  Her work has won several “Best Paper” awards from a variety of national conferences and journal publishers.

To Win Elections, Do Women Candidates Have to be Better Qualified than Men?

Using a new dataset from the 2006 congressional elections, this paper confirms that women candidates receive approximately three-percent less vote-share than similarly-qualified men.  When qualifications are held constant, male independent voters have a 23% diminished likelihood of voting for a female candidate than a male candidate.

Demonstrates that women candidates have an equal chance of winning as men because they are more likely than men to possess the qualifications that voters seek in their elected representatives.  When men and women are equivalently qualified, women receive a three-percent vote-penalty relative to their male competitors.

Using a sample of state legislators considering running for Congress, this paper finds that women are more likely than men to resist opportunities to run for higher office, until they perceive a good chance of success and view the benefits of running favorably.  Before running for higher office, women are more likely than men to invest in developing the qualifications necessary to win the race, which generates a gap in qualifications.