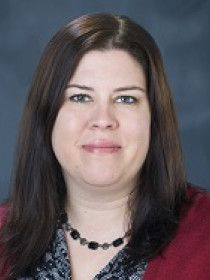 Kelly is a sociologist whose research and teaching focuses upon gender, inequality, religion, social movements, and reproductive politics. She has spent the last dozen years researching the Crisis Pregnancy Center movement, an evangelical, predominantly white, anti-abortion movement dominated by women at all levels of leadership and lay activism. She is currently serving as an expert witness for Planned Parenthood Federation of America in a lawsuit challenging a requirement in South Dakota that women seeking abortions must first visit a state-approved crisis pregnancy center to be screened for coercion. Planned Parenthood of Federation of America has challenged the law.

In her role as expert witness, she spoke to the inherently religious foundations of the movement to make it inappropriate for it to partner with a state government to try to influence women. She also conducts research on the strategies of the movement, including racially specific tactics aimed at Black women that co-opt civil rights discourse in an attempt to restrict Black women's reproductive autonomy; claims about 'post-abortion syndrome' that promote legal restrictions on abortion at the state level; and the everyday practices in crisis pregnancy centers and how these are informed by the movement's ideas about pregnancy, mothering, abortion, and adoption.

"Evangelical Underdogs: The Impact of Actions versus Outcomes for Religious Identity among Anti-Abortion Activists" Journal of Contemporary Ethnography 43, no. 4 (2014): 415-455.

Discusses  the three aspects of subcultural identity tied to evangelicals’  commitment to crisis pregnancy centers: emphasis on intrinsic meanings of success, solidarity among evangelical organizations, and understandings of activism as an identity marker. Suggests that evangelicals are doing religion through their activism, making action and identity mutually reinforcing, and insulating activists from forces that might otherwise hinder religious identity.

"State Abortion and Nonmarital Birth Rates in the Post-Welfare Reform Era: The Impact of Economic Incentives on Reproductive Behaviors of Teenage and Adult Women " (with Linda Grant ). Gender & Society 21, no. 6 (2007): 878-904.

Analyzes the effects of state policies enacted in the wake of welfare reform, controlling for prior rates of abortion and unwed births. Finds that economic-based incentives have only minor, and inconsistent, influence on statewide rates of abortion and nonmarital births in 2000, indicating noneconomic considerations are more important to women in making reproductive decision and refuting the underlying logic of welfare reform.

Traces how post-abortion syndrome, a pseudo-psychological condition invented by anti-abortion forces that allegedly affects all women who abort, became the basis for public policy and law in over 20 states despite the preponderance of medical and scientific evidence refuting its existence. Focuses on the role of crisis pregnancy centers in bolstering these claims.

Finds activists actively shape participants’  understandings of their abortions and recast them as inherently traumatic and homogeneous. Describes how participants are encouraged to consider joining anti-abortion efforts at the completion of the group based on ethnographic fieldwork in an evangelical “post-abortion” recovery group.

"In the Name of the Mother: Renegotiating Conservative Women's Authority in the Crisis Pregnancy Center Movement" Signs: Journal of Women in Culture and Society 38, no. 1 (2012): 203-229.

Traces the formal frames and history of the crisis pregnancy center movement in regards to mothering, pregnancy, abortion, and adoption. Finds that some activists will bend the rules to help clients and reject evangelical men’ s attempt to co-opt the movement.