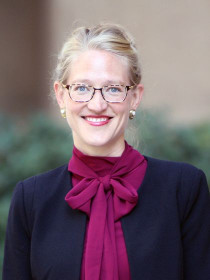 Thomsen’s research examines partisan polarization in Congress and the growing disparity in the number of Democratic and Republican women in congressional office. In particular, she analyzes how changes in partisan polarization have influenced the types of political candidates that run for Congress. Her research demonstrates, first, that the rise in polarization has discouraged ideological moderates from seeking elective office. In addition, because women have historically been to the ideological left of their male counterparts, the rightward shift of the Republican Party has had a disproportionate effect on Republican women.

How Polarization Reduces the Ranks of Republican Women in Congress

"Why So Few (Republican) Women? Explaining the Partisan Imbalance of Women in Congress," Annual Meetings of the American Political Science Association and the Midwest Political Science Association, 2012.
Examines why the percentage of Democratic women in Congress has increased dramatically since the 1980s while the percentage of Republican women has barely grown. Suggests that the rightward shift of the Republican Party has had a disproportionate impact on women because Republican women have historically been to the left of their male counterparts. This paper was nominated for the Westview Press Award for the Best Graduate Paper at the MPSA Meeting.
"Party Fit Theory: A Candidate-Level Explanation for Partisan Polarization in Congress," Annual Meetings of the Midwest Political Science Association and the Southern Political Science Association, 2013.
Analyzes the decision to run for Congress among state legislators and shows that ideologically moderate state legislators are less likely to run for Congress than those at the ideological extremes, particularly on the Republican side. The findings have implications for the persistence of partisan polarization in Congress. This paper received the Malcolm Jewell Award for the Best Graduate Paper at the SPSA Meeting.