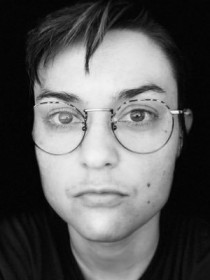 Logan's research focused on the environmental impacts of war and military operations in the scope of the US-led Global War on Terror in the US and internationally. Logan addressed military toxins in their persistent effects on land, body, and culture. Overarching themes in Logan's writings included how to frame accountability, how to press the issue in public discourse, and how citizen-scientists can rigorously study military toxins as laypeople guided by professional scientists. Logan served impacted communities in Hawai'i and Iraq. Logan co-led a citizen-science initiative investing depleted uranium from US Army use on Hawai'i Island.

Notes US-led military forces have repeatedly used toxic munitions and everyday military practices in Iraq and Afghanistan, introducing known carcinogens, teratogens, and genotoxins into the environment without adequate transparency or remediation. Develops the concept of toxic violence to name state violence which employs or produces toxic exposures as weaponry, tactic, or by-product. Addresses the persistent evidentiary dynamics of research and discourse on its health effects.