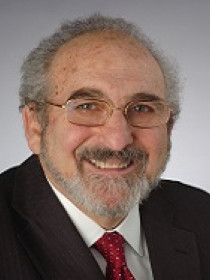 Kingson’s scholarship examines the politics, economics and value choices related to population aging; Social Security politics and policy; generational justice and equity; the diversity of the baby boom cohorts; and the distributional effects of changes in retirement age. He is a founding board member of the National Academy of Social Insurance (NASI), a past chair of the Social Research, Policy and Practice section of the Gerontological Society of America, and a member of the board of the National Committee for the Preservation Social Security and Medicare Foundation. Kingson served as policy advisor to two presidential commissions – the 1982-3 National Commission on Social Security Reform and the 1994 Bipartisan Commission on Entitlement and Tax Reform. An active volunteer on the Obama Campaign’s Retirement Security Policy Advisory Committee beginning in July 2007, he later served on the advisory committee to the Social Security Administration’s transition team. He directed the Emerging Issues in Aging Program of the Gerontological Society of America (1984-5).

Calls for the expansion of the Social Security system and offers an antidote to the three-decade-long, billionaire-funded campaign to make Americans believe that this institution is destined to collapse. Argues that Social Security is a powerful program that can help stop the collapse of the middle class, lessen the pressure squeezing families from all directions, and help end the upward redistribution of wealth that has resulted in perilous levels of inequality.

"Can Older Workers Offset Social Security Benefit Cuts by Working Longer?," (with Monique Morrissey), Economic Policy Institute, Washington, D.C., April 30, 2012.
Examines the claim that the retirement age should be raised and that older workers can offset this and other benefit cuts by working longer. Discusses why this claim does not hold up to the realities confronting many older workers – health problems, caregiving responsibilities, lack of suitable work and unemployment. Also concludes that past experience and the nation’s current contentious political environment do not support the claim that effective hardship exemptions can be enacted to offset the impact on vulnerable older workers of proposed increases in the age of eligibility for full retired worker benefits.
"The Social Security Retirement Age(s) Debate: Perspectives and Consequences" (with Nancy J. Altman). Public Policy & Aging Report, "To Raise or Not To Raise: The Social Security Retirement Age" 21, no. 2 (2011): 1-7.

Discusses the historical and political forces shaping the contemporary debate about proposals to increase the ages of eligibility for full Social Security retirement benefits. While changes in the Social Security retirement ages have taken place in 1956, 1961 and 1983, the political and ideological forces surrounding today’s discussion are fundamentally different, and the proposed retirement age changes under consideration today are potentially more deleterious than enacted in 1983.

Examines the structure and functioning of the1982 National Commission on Social Security Reform (the “good”) and the 1994-5 Bipartisan Commission on Entitlement and Tax Reform. (the “bad”) to draw lessons that would apply to the fast-track debt commission (the “ugly”) as proposed by Senators Kent Conrad and Judd Gregg in 2010. Concludes that the fast-track approach would result in an unprecedented and harmful approach to Social Security policymaking.

"Should Social Security be Means-Tested?" (with James H. Schulz), in Social Security in the 21st Century, edited by Eric Kingson and James Schulz (Oxford University Press, 1996), 41-61.
Examines whether the traditional arguments against means-testing remain relevant, given new proposals (e.g., “affluence-testing”) and a changing historical and political environment. Excluding higher-income persons from benefit receipt, it concludes, would create more problems than it solves. While the evidence is not incontrovertible, on balance it is clear that support and public support of Social Security is strongly linked to the program’s universality and to the receipt of benefits as an earned-right.
"The Effects of Caregiving on Women's Social Security Benefits" (with Regina O'Grady-LeShane). The Gerontologist (April 1993).
Tests a life-course model, using data from the Social Security Administration's 1982 New Beneficiary Survey, which suggests that early- and late-life caregiving reduce monthly Social Security benefits of newly retired women workers. Leaving work to care for others exerted a stronger depressing effect on the Social Security benefits of women with low- and moderate- as opposed to high-earnings histories.
Ties that Bind: The Interdependence of Generations (with Barbara A. Hirshorn and John M. Cornman) (Seven Locks Press, 1986).
Examines two frames for understanding opportunities, problems and policy for the “aging of America” – a frame that would drive public policy based on the assumption that cohorts and age groups are in competition and conflict; and a preferred frame that builds on the assumption of interdependence and reciprocity. Concludes that those concerned with responding to opportunities and challenges associated with population aging should understand the power of various frameworks to define the terms of the debate.