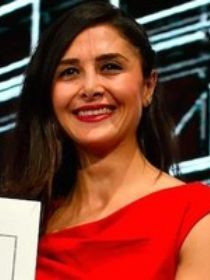 Yildiz's areas of specialization include international courts and institutions, human rights and global norms, and ocean governance. Yildiz was a postdoctoral fellow at the Carr Center for Human Rights Policy, Kennedy School (2017-2019) and a visiting fellow at the Center for European Studies, Harvard University (2017). She was recently appointed to serve as a member of the Expert Group for the Implementation of the EU Anti-Torture Regulation for the European Commission’s Foreign Policy Instruments (2021-2023).
Contributions | No Jargon Podcast | In the News | Publications

"Revamping to Remain Relevant: How Do the European and the Inter-American Human Rights Systems Adapt to Challenges" (with Isabela Garbin Ramanzini). Journal of Human Rights Practice 12, no. 3 (2020): 768–780.

Compares the reform processes at the European and the Inter-American Human Rights Systems.

"A Court with Many Faces: Judicial Characters and Modes of Norm Development in the European Court of Human Rights" European Journal of National Law 31, no. 1 (2020): 73–99.

Takes a closer look at the European Court of Human Rights and provides a framework for understanding how court rulings develop norms – that is, how judicial decisions modify norms’ content or scope.

"Understanding the Interpretative Evolution of the Norm Prohibiting Torture and Inhuman or Degrading Treatment under the European Convention" in Language and Legal Interpretation in International Law, edited by Anne Lise Kjær and Joanna Jemielniak (Oxford University Press, 2018).

Explains the changes in the understanding of the norm against torture and inhuman or degrading treatment. Traces its evolution, taking the European human rights system as a reference point.

Explores how the European Court of Human Rights (ECtHR) has approached extraterritorially-committed violations of human rights. Traditionally, the ECtHR has been wary of extending the application of the European Convention of Human Rights beyond the territories of European countries. Examines the varyingly strict criteria that the ECtHR devised for ensuring accountability for human rights violations perpetrated beyond the territorial boundaries of European states.

"Judicial Creativity in the Making: The Pilot Judgment Procedure a Decade after Its Inception" Interdisciplinary Journal of Human Rights Law 8, no. 1 (2015): 81-102.

Investigates the procedure's creation through the prism of the Vienna Convention on the Law of Treaties. Analyzes its subsequent institutionalization and application in the case law. Illustrates the structural changes generated by the procedure, and examines the reasons undermining the effectiveness of its operation.

"Norm in Flux: The Development of the Norm against Torture under the European Convention from a Macro Perspective" iCourts Working Paper Series 45 (2016).

Gives an account on how the European Court of Human Rights' jurisprudence has transformed the norm's nature and scope. Analyzes the preparatory works and conducts large-scale content analysis on the relevant case law for the period between 1948 and 2006.