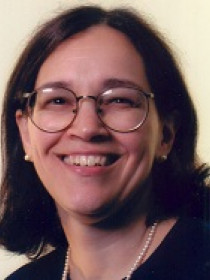 Swartz is an expert on health policy with a PhD in Economics from the University of Wisconsin; her current research looks at Americans without health insurance and considers how coverage might be expanded. She is currently involved in two projects about the implementation of the Affordable Care Act, probing how states can minimize gaps in coverage when people’s income fluctuates, and examining how states are adjusting insurance regulations for plans to be offered on the new health exchanges. Her research also focuses on the aging of the U.S. population, assessing ways to enhance community-based services for home-based care. Swartz served as President of the Association for Public Policy Analysis and Management in 2009, and was the 1991 recipient of that association’s David Kershaw Award for research done before the age of 40 that has had a significant impact on public policy. She was elected to the Institute of Medicine in 2007, and has been a member of the National Academy of Social Insurance since 1999. Swartz speaks to civic groups interested in expanding health insurance, and has testified before Congressional and state legislative committees.

Debunking Myths about Medicaid - And Its Expansion

How the War on Poverty Expanded Care for the Elderly and Changed the U.S. Health System

Makes the case for greater government-led investments in education, physical infrastructure (particularly for transportation and electricity transmission), and alternative energy sources so the U.S. can maintain high levels of productivity in coming decades when more of the population will be 65 years old and older.

Describes four policy challenges related to changes in life circumstances that could affect insurance coverage: adjusting premium and cost-sharing subsidies when incomes change; coordinating eligibility for premium credits, Medicaid, and the Children's Health Insurance Program; encouraging and facilitating continuous coverage; and minimizing transitions between individual and small-business exchanges. Policy recommendations include extending coverage to the open enrollment period at the end of the year, generous treatment of income gains in correcting premium tax credits, and unifying the small-business and individual exchanges.

"Cost-Sharing: Effects on Spending and Outcomes,"

"Health Care for the Poor: For Whom, What Care, and Whose Responsibility?" in Changing Poverty, Changing Policies, edited by Maria Cancian and Sheldon Danziger (Russell Sage Foundation, 2009).
Documents the history of government programs designed to provide assistance with health care expenses for poor people – starting with programs that preceded Medicaid and going through to the Children’s Health Insurance Program and Community Health Centers. Efforts to reign in federal and state spending, as well as expansions of eligibility, are described. Concludes with a brief review of groups of poor people who are not helped by Medicaid and other programs – some of whom will be eligible for Medicaid under the Affordable Care Act.
"Uninsured in America: New Realities, New Risks" in Health at Risk: America’s Ailing Health System – and How to Heal It, edited by Jacob Hacker (Columbia University Press and the SSRC, 2008).
Provides a summary of who lacks health insurance and reasons why, and then provides a blueprint for how the number of uninsured can be reduced. Most of the suggestions are embedded in the Affordable Care Act.
Reinsuring Health: Why More Middle-Class People are Uninsured and What Government Can Do (Russell Sage Foundation, 2006).
Documents the contraction of employer-based coverage and other reasons why middle-income as well as low-income Americans are losing affordable health insurance coverage.