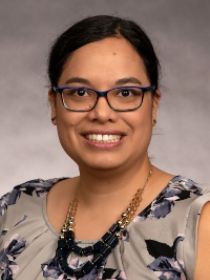 Malliga is an expert in international and comparative politics and my research and advocacy work focuses on women, gender, and politics.; ; Her current research focuses on women in conservative parties (in the U.S. and Europe) and on feminist public policies.; ; She is particularly interested in the intersection of equitable parental leave law and corporate board quotas to address women's advancement in business. ; ;
Contributions | No Jargon Podcast | In the News | Publications

"Conservative Feminists? An Exploration of Feminist Arguments in Parliamentary Debates of the Bundestag" Parliamentary Affairs 72, no. 2 (April 2019): 353-378.

Studies adoption of feminist policy by Germany's conservative government in 2006 and 2015. Finds, contrary to previous research, that feminist arguments dominated these debates, even from conservatives.

Analyzes how cities have implemented the Convention on the Elimination of All Forms of Discrimination Against Women (CEDAW). Recommends steps the city of Denver could take if they plan to adopt CEDAW.

"The Local Diffusion of International Human Rights Norms – Understanding the Cities for CEDAW Campaign" International Feminist Journal of Politics 20, no. 3 (2018): 425-443.

Analyzes how activists integrate international human rights treaties, like the Convention on the Elimination of all forms of Discrimination Against Women (CEDAW), at the local level.

Explores the status and contributions of women in the Republican Party as activists, as candidates, and as representatives in Congress and across state legislatures.

Examines the efforts of Japan's conservative government to advance gender equality. Finds that these efforts are motivated by economic and international pressures, rather than an electoral calculation to win young and female voters.

Analyzes GOP efforts to make the party more attractive to women. Analysis shows that GOP only did window dressing rather than including a female view point or women in its leadership and Caucus.

Explores the extent of ‘manterrupting’ in German parliamentary debate. Finds that women MPs are interrupting male colleagues harshly to defend the introduction of a corporate board quota.

Investigates the conditions under which women in conservative parties can push feminist policies forward. Shows that women need access to occupy critical junctures in policy-making process to promote policies that violate ideological principles of the party.

Illustrates the way in which selected Republican women have overcome hurdles in the primary process, i.e. the lack of a supportive infrastructure for Republican women, limited access to funds, and ideological prejudice towards female candidates.

"Talking about my Generation and Class? Unpacking the Descriptive Representation of Women in Asian Parliaments" Women's Studies International Forum 49 (2014): 168–179.

Explores what kind of women are being elected across Asian parliaments in terms of socioeconomic status and age cohorts.