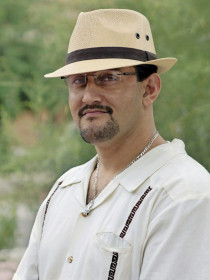 Associate Professor of Education, University of Arizona
Areas of Expertise:

Cabrera's research focuses on the racial dynamics on college campuses with a primary focus on the influence of Whiteness. He is additionally deeply involved in the legal controversy regarding Mexican American Studies in Tucson, Arizona. Overarching themes in Cabrera's writing includes critically analyzing racial privilege, the racial politics of contemporary ethnic studies, and programmatic assessment. He recently served as an expert witness in the Mexican American Studies case, is an affiliated faculty with UT Austin's Project MALES, an American Association of Hispanics in Higher Education (AAHHE) faculty fellow, and one of Tucson's "40 Under 40" (2015).

"Whiteness in Higher Education: the Invisible Missing Link in Diversity and Racial Analyses," (with Jeremy D. Franklin and Jesse S. Watson), Association for the Study of Higher Education, 2017.

Provides a critical synthesis of Whiteness in higher education scholarship.

"White Immunity: Working through the Pedagogical Pitfalls of Privilege" Journal Committed to Social Change on Race and Ethnicity 3, no. 1 (2017): 74-86.

Offers "white immunity" as a theoretical development of "white privilege."

"But We’re Not Laughing: White Male College Students’ Racial Joking and What This Says about “Post-Racial” Discourse" Journal of College Student Development 55, no. 1 (2014): 1-15.

Documents how White male undergraduates use their racial privileges to challenge racism.