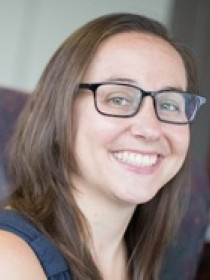 O'Leary consults for organizations in the area of women's leadership development, with a focus on millennials and youth. She has been an Adjunct Instructor at American University and Trinity Washington University. O'Leary is the former Executive Director of the Public Leadership Education Network. She currently serves on the Advisory Council for Running Start. She also serves as an Appointed Commissioner on the City of San Mateo Planning Commission and the County of San Mateo Commission on Aging. In 2013, O'Leary was invited to participate as an Expert at United Nations meetings in Geneva and New York for the UN System-Wide Action Plan (SWAP) for Gender Equality and the Empowerment of Women. At the US House of Representatives, she proposed and led efforts to successfully pass a resolution condemning rape in the Democratic Republic of the Congo (H Res 1227, 110th). O'Leary has a M.A. in Applied Women's Studies from Claremont Graduate University, and a B.A. in Environmental Science from the University of California, Berkeley.

Shattering the Glass Ceiling for Women in Politics

"How I Landed My Dream Job" in UChic’s Diploma Diaries: The Chic Grad’s Guide to Work, Love, and Everything in Between, edited by Christine Garton (Sourcebooks, 2013), 93-96.

Offers a short case study about managing the highs and lows when building a career path.

Examines the status of feminist activism on college campuses.

"The Ins and Outs of Networking" in UChic: The College Girl’s Guide to Everything, edited by Christine Garton (Sourcebooks, 2009), 304-311.

"Secrets for Landing that Hot Job or Internship" in UChic: The College Girl’s Guide to Everything, edited by Christie Garton (Sourcebooks, 2009), 286-296.

Offers career development advice for college women on how to pursue internships during school and begin to plan their post-college job trajectory.