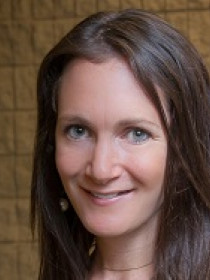 Klar’s research focuses on how citizens' social and political identity groups influence their political preferences. She argues that individuals associate with many groups at once and, at times, these identities may align with competing sides of policy debates. In these instances, she finds (using experimental studies) that the identity facing the greatest perceived threat most strongly influences political preferences. When two groups both face threats, however, they both fail to exert influence. In other work, Klar examines political engagement among Americans who identify as "political independents" and she demonstrates, with large-scale survey data, that those who value "independence" as an important political identity are highly engaged in American politics. Elsewhere, she looks at the influence of gender and parenthood in political decision-making. In her ongoing research, Klar uses surveys and experimental methods to study the consequences of partisan conflict on public engagement with politics. Klar is the recipient of numerous awards and grants, including funding from the National Science Foundation. Her work appears or is forthcoming in the American Journal of Political Science, the Journal of Politics, and Political Psychology.

What Happens When Democrats and Republicans Discuss Partisan Issues?

How Do People Make Political Decisions When Compelling Identities Pull Them in Different Directions?

Measures how exposure to opposing viewpoints, in isolation, tends to polarize Democrats and Republicans, but social interaction in ideologically diverse groups appears to increase bipartisan cooperation.

Shows that many Americans have grown embarrassed of their own partisan attachments. Demonstrates that people intentionally mask their partisan preferences in social situations. Argues that independents are politically consequential.

"The Social Consequence of Partisan Disagreement," (with Yanna Krupnikov), Midwest Association for Public Opinion Research, March 31, 2013.
Discusses the ways in which increasingly negative coverage of partisan disagreement in Washington leads partisanship to be perceived as socially undesirable and, subsequently, to Americans being more likely to identify as politically independent.
"Contrasting the Influence of Parenthood on Mothers' and Fathers' Political Preferences," (with Heather Madonia and Monica Schneider), Midwest Association for Public Opinion Research, March 31, 2013.
Explores how the influence of parenthood on political decisions among mothers and fathers depends on the type of policy issue at hand, with each group drawing on their parental experiences in some cases but not others.
"A Shallow Pool: The Influence of Competitive Identity Priming on Civic Donations," (with Spencer Piston), Midwest Association for Public Opinion Research, March 31, 2013.
Shows that individuals facing competing appeals for donations from multiple civic organizations will donate to one cause at the expense of another, and political organizations appear to suffer most of all.
"The Influence of Competing Identity Primes on Political Preferences" Journal of Politics 75, no. 4 (2013).
Demonstrates how, when individuals identify with social groups on both sides of a policy debate, they are most influenced by the identity group facing the greatest threat.
"Identity Importance and Political Engagement among American Independents" Political Psychology (2013).
Shows that among voters who identify as “politically independent,” the importance they place on independence as a meaningful political identity appears to determine their engagement with politics.