Defunding the Police Could Increase Policing if Cuts Are Too Modest

"Defund the police" is a clear policy goal of widespread U.S. and global protests over police brutality that are so substantial that they have at times put COVID-19 "below the fold." Although derided even by Democratic officials as the fever dream of radical abolitionists like Angela Davis and more recently Mariame Kaba, "defund the police" has gone mainstream, perhaps indelibly so.

Consider Minneapolis, ground zero for the protests sparked by the killing of George Floyd. After years of failed police reforms, the city council is taking concrete steps to disband its police department altogether. School districts across the country are cutting ties with local police. In Los Angeles, where policing has long been a sacred cow in municipal budgeting, the city council's Budget and Finance Committee endorsed cutting the police department's budget on Monday by more than $133 million. And in New York, officials agreed on Monday to shift $1 billion of resources away from the police department.

Veteran activists know how hard it has been to get defunding the police on the table. Newer activists must now learn to look deeply at all sources of police funding and which ones are most predatory to BIPOC (Black, Indigenous and people of color) communities. Otherwise, what seems like a win for the movement could turn upside down fast.

Policing already soaks up 20 percent to 45 percent of discretionary local spending. Supporters of defunding the police note that lavishing more resources on police departments for new training and equipment just doubles down on a fundamentally broken system. Yet a singular focus on slashing local policing's share of the city or county budget might just increase their reliance on other, more predatory ways to make up for budget shortfalls.

That's because most police departments can generate revenue just by policing. Much like prisons, they don't depend entirely on state allocations.

As police departments in Ferguson, Missouri, New York City and elsewhere have shown, traffic stops and other routine police interactions can be predatory tactics for generating revenue, drawn disproportionately from BIPOC communities. Civil asset forfeiture programs, yet another predatory revenue source, allow law enforcement to seize cash and private property (and any proceeds from property sales) on the mere suspicion they have been involved in a crime.

In fact, police seized more property from Americans in 2015 from forfeiture programs than burglars stole in robberies. These programs have proved resistant to oversight, despite being ripe for abuse and their long history of disproportionate use against poor and BIPOC communities. Similarly, local jails largely control revenues from commissary sales and commission-laden telephone contracts with vendors.

This is a systemic issue. Cities often split revenues derived from predatory policing tactics with police. So cutting policing's share of the local budget may do little more than squeeze the revenue balloon at one end, forcing all the pressure to the other end. In other words, modest but real cuts to police budgets may simply encourage police departments to generate their own revenue by increasing face-to-face contacts in communities that are already overpoliced. 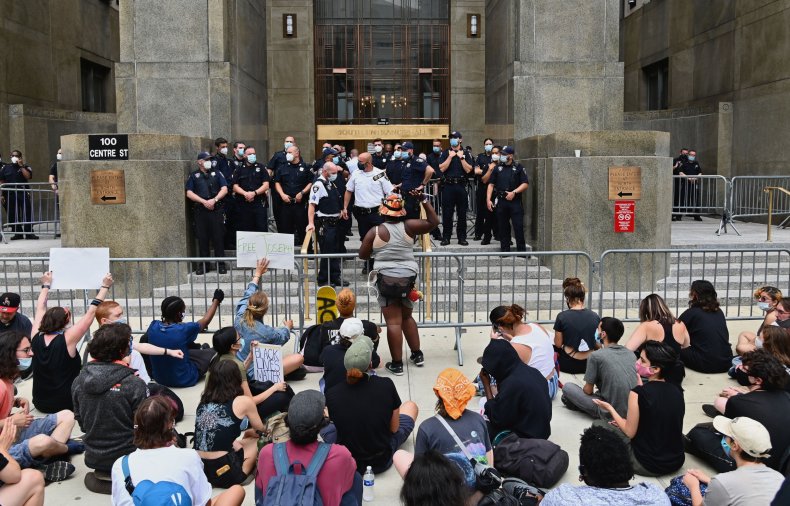 Activists calling for defunding should incorporate additional reforms that end or at least limit the ability of law enforcement to generate revenue through policing activity. For instance, defunding the police should involve abolishing civil asset forfeiture programs outright. On this matter, the Supreme Court recently ruled unanimously that such programs are ripe for abuse of the Eighth Amendment's prohibition against excessive fines. Another alternative would be to change where resources drawn from typically predatory revenue sources go, such as shifting revenues raised through these sources to public defenders or to new investments in BIPOC communities.

Cities and towns have long funded criminal punishment while effectively defunding everything else. But criminal punishment is not public safety, and the mass incarceration it has produced has not had the clear return on crime prevention that pundits claimed it would, even while other defunded areas, like education, do.

Defunding policing is necessary to transform an overpoliced society into one that needs less policing. But to accomplish this, activists will need to turn off more than one revenue spigot. They will need to address all the revenue spigots as part of a broad defunding plan to limit the size and scope of policing.

David Crockett is an award-winning researcher of racial inequality in the marketplace, associate editor at leading consumer research journals and a professor of marketing and research fellow at the University of South Carolina.

Jennifer Earl speaks and writes for an international audience on the policing of protest and social movements more broadly, is the recipient of National Science Foundation funding for research on police reforms, and is a professor of sociology at the University of Arizona.

The views expressed in this article are the authors' own.