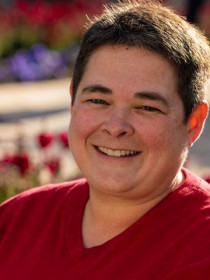 Professor of Sociology, University of Arizona
Areas of Expertise:

Earl's research focuses on social movements and the sociology of law, with research emphases on the Internet and social movements, social movement repression, and legal change. Earl is the recipient of a National Science Foundation CAREER Award for research from 2006-2011 on Web activism and has received over 1.25 million dollars in grant funding since earning her PhD. Earl is also a member of the MacArthur Research Network on Youth and Participatory Politics. Earl has published widely, including an MIT Press book entitled Digitally Enabled Social Change, which examines how the use of Internet affordances are reshaping the basic dynamics of protest online and was awarded an Honorable Mention for the Communication and Information Technologies Section of the American Sociological Associaton's Book Award in 2013. Earl was inducted in 2016 to the Sociological Research Association, an honorary association for sociological researchers. Earl is also the recipient of a university-award for excellence in undergraduate research mentoring in 2010-2011 and another university-wide award for the most outstanding assistant professor on her campus in 2005-2006.

Defunding the Police Could Increase Policing if Cuts Are Too Modest