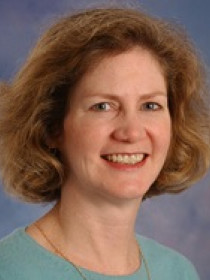 McCoy specializes in democratic transitions and backsliding, crisis prevention and conflict resolution, and electoral processes, including electronic voting and international election monitoring. Her current research is on polarized polities around the world and on the politics of transitional justice in the Colombian peace talks. She has done extensive election monitoring in Latin America and the United States, mediation in political conflicts in Latin America, and also organized grassroots political involvement and citizen advocacy in Georgia and U.S. politics. McCoy served as founding director of the Global Studies Institute at GSU (2015-16) and director of the Americas Program at The Carter Center for  1998-2015. She has provided expert testimony to U.S. Congress and consulted with government and international organizations on U.S. policy toward Latin America.

What to Expect as Venezuela Moves On after Hugo Chavez

"Polarization and the Global Crisis of Democracy: Common Patterns, Dynamics, and Pernicious Consequences for Democratic Polities" (with Tahmina Rahman and Murat Somer). American Behavioral Scientist 62, no. 1 (2018): 16-42.

Argues that a common pattern and set of dynamics characterizes severe political and societal polarization in different contexts around the world, with pernicious consequences for democracy.

"Venezuela is in a Dark Place, But There is a Way Forward" Georgetown Journal of International Affairs (2017).

Discusses ways to interrupt Venezuela's slide into a failed economy and repressive state.

"Final Report: Venezuela's April 2013 Presidential Elections," The Carter Center, April 30, 2014.
Analyzes the contentious special election in Venezuela after the death of President Hugo Chávez, and the challenges to the results from the losing candidate.
"Study Mission to the October 7, 2012 Presidential Election in Venezuela," The Carter Center, September 30, 2012.
Reports on technological advancements of the Venezuelan automated voting system and the campaign inequities in the 2012 presidential elections.
"Challenges for the Collective Defense of Democracy on the Tenth Anniversary of the Inter-American Democratic Charter" Latin American Policy 3, no. 1 (2012): 33-57.
Analyzes the nature of democratic crises in Latin America 1990-2012 and the international responses to them.
International Mediation in Venezuela (with Francisco Diez) (US Institute of Peace Press, 2011).
Analyzes role of international mediators in the Venezuelan political conflict 2002-2004 and political developments up to 2012.
"The Chavez Challenge for Obama: An Inconvenient Marriage or Frosty Separation" in The Obama Administration and the Americas: Looking Forward, edited by Abraham F. Lowenthal, Theodore J. Piccone and Laurence Whitehead (Brookings Institute Press, 2010).
Analyzes the mutual dependence between the United States and Venezuela and the dilemmas in the relationship.
"Explaining the Success and Failure of Elections in Latin America" (with Jonathan Hartlyn and Thomas Mustillo). Comparative Political Studies 41, no. 1 (2008): 73-98.
Analyzes the impact of models of election management bodies on the quality of elections in Latin America.
The Unraveling of Representative Democracy in Venezuela (edited with David Myers) (Johns Hopkins University Press, 2004).
Analyzes the unraveling of the Venezuelan democratic regime prior to Chávez, and the rise of the Chávez-led movement after 1998. This title was reprinted with a new Epilogue in 2006.