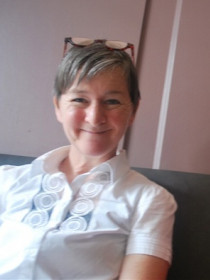 Conlon's research focuses on immigration enforcement including border control, immigration detention, asylum, and the regulation of citizenship. Overarching themes in Conlon's writings include the effects and implications of changing immigration laws, policies, and practices for different groups including the government, the private sector, and immigrants. Her work also examines spaces of border control and sovereignty with a focus on how 'bordering' is implemented at more and more incremental levels and at greater distances from national borders. Another theme in Conlon's work investigates the relationships between immigration and border control, citizens and citizenship. Conlon has completed funded research comparing the challenges faced by immigrant and asylum support organizations in the United States and the United Kingdom. She is a member of the Carceral Geography working group of the Royal Geographical Society with the Institute for British Geographers (RGS-IBG); an associate of the Detention and Asylum Research Cluster (Refugee Research Network); and a member of the Relational Poverty Network (University of Washington).

Identifies 'circuits' and 'circuitry' as valuable conceptual and analytical frameworks for examining prisons, immigrant detention, and related spaces of confinement. Sets out an agenda for critical geographies of carceral spaces.

Draws on research in the UK and Ireland to investigate some of the paradoxes of liberal democracies and citizenship practices therein through the lens of immigrant detention and asylum seekers' encounters with immigration administration procedures, rules, and regulations.

Examines contributions to detention by geographers who argue that detention is a form of spatial control. Discusses themes including im/mobilities, scaled analyses, and bordering with empirical examples and attention to their usefulness in critical engagement and activism.

"Examining the Everyday Micro-Economies of Migrant Detention in the United States" (with Nancy Hiemstra). Geographica Helvetica 69 (2014): 335-344.

"Beyond Privatization: Bureaucratization and the Spatialities of Immigration Detention Expansion" (with Nancy Hiemstra). Territory, Politics, Governance 5, no. 3 (2016): 252-268.

Provides crucial new insights into immigration detention recounting at close range how detention's effects ricochet from personal and everyday experiences to broader political-economic, social and cultural spheres. Draws on original research in the United States, Australia, Europe, and beyond to scrutinize the increasingly tangled relations associated with detention operation and migration management.