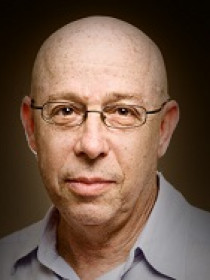 Schwartz’s research interests include social movements, historical sociology, political economy, business structure, network analysis, war and insurgency, and global geopolitics. He has written extensively the origins and impact of collective protest, on the dynamics and consequences or intercorporate relations, on the determinants of legislation and implementation of U.S. government domestic policy, and wars in the Middle East.. He has been active in collective action throughout his adult life, including participation in the Civil Rights movement, and protests against the Vietnam and Iraq war. His work as a public sociologist has included social and political analysis for TomDispatch, Asia Times, Huffington Post, Mother Jones, and Contexts.

"A Neglected Mechanism of Social Movement Political Influence: The Role of Anticorporate and Anti-Institutional Protest in Changing Government Policy" (with Kevin A. Young). Mobilization 19, no. 3 (2014).
Researches the impact of social movements on government policy that usually assumes that the most effective strategy to win a reform is to directly pressure the elected politicians responsible for its legislation and implementation. Offers an alternative, less intuitive way in which movements can exert political influence: by targeting the corporate and institutional adversaries of their proposed reforms. Argues that mass protest targeting large institutions whose leaders are not elected can be an effective and even primary strategy for compelling elected officials to enact and implement progressive policy change.
War Without End: The Iraq War in Context (Haymarket Books, 2008).
Offers a critical examination of the origins and impact of the U.S. invasion of Iraq. Argues that the invasion was motivated by U.S. effort to dominate Middle East oil production, and that the subsequent occupation fueled rather than restrained civil war in Iraq, dismantled the Iraqi state and economy, created a chronic humanitarian crisis, and set in motion a war without end.
"The Structural Embeddedness of Business Decisions" (with Frank Romo). American Sociological Review 60 (1995): 874-907.

Examines the dynamics of industrial decline. Presents a sociological analysis of regional political economies specifically examining industrial migration from New York State. Argues that migration occurs only when the core establishments in a region seek to overcome inefficient production practices by seeking out lower wage locations.

Radical Protest and Social Structure: The Southern Farmers' Alliance and Cotton Tenancy, 1880-1890 (University of Chicago Press, 1988).
Examines the origins and trajectories of large-scale social protest and the structural changes that produced the one-crop cotton tenancy economy. Analyzes how farmers’ protest originated in this system. Offers an analysis of the trajectories, successes, and collapse of mass protest, based on a meticulous investigation of Southern Populism.
The Power Structure of American Business (with Beth Mintz) (University of Chicago Press, 1985).
Investigates the nature and significance of intercorporate relationships, arguing that during the last half of the 20th century capital flows conferred hegemonic power within the corporate world on commercial banks. Utilizes sophisticated network analysis to understand the role and impact of interlocking directorates; utilizes corporate case histories such as the forced ouster of Howard Hughes from TWA in the late fifties to understand how intercorporate power is wielded.