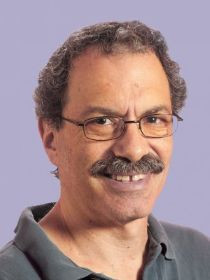 Lachmann studied the effects of elite power on U.S. democracy and on the ability of the American government to plan for the future and to mobilize the resources needed to sustain economic growth, social benefits, and military power. He also studied how increasingly vivid and detailed media reports of war deaths in the U.S. and Israel since the 1960s have reduced the willingness of the American and Israeli publics to support wars that create significant casualties for their own soldiers. Lachmann was active in the Concerned Faculty group at the University at Albany, which has organized teach-ins on the Iraq war, state budget cuts, and the current economic crisis. He also advised a suburban school district near Albany on how development sprawl would affect their budget.

Prevent Devastating Service Cuts and Unemployment in States and Localities

Can America Afford to Maintain Its Position in the World?

"American Patrimonialism: The Return of the Repressed" The Annals of the American Academy of Political and Social Science 636, no. 1 (2011): 204-230.
Identifies ways in which elite families in the U.S. and elsewhere in the world are able to reassert patrimonial power over government offices and large corporations, and discusses the implications for democracy.
"The Roots of American Decline" Contexts 10, no. 1 (2011): 44-49.
Identifies the causes of U.S. decline in the military and economic realms in comparison to previous great powers, and highlights factors that may predict the severity of future American decline.
States and Power (Polity Press, 2010).
Traces the origins of nation states, explains why they differ in their economic and social welfare policies, and offers predictions for the future of state power in an era of economic and environmental crisis.
"Greed and Contingency: State Fiscal Crises and Imperial Failure in Early Modern Europe" American Journal of Sociology 115, no. 1 (2009): 39-73.
Argues that growing elite success in appropriating state resources and powers, rather than fiscal crises, are the reason why great powers lose wars and undergo economic decline.
Capitalists in Spite of Themselves: Elite Conflict and Economic Transitions in Early Modern Europe (Oxford University Press, 2000).
Explains the origins of capitalism in Western Europe in the 16th to 19th centuries.