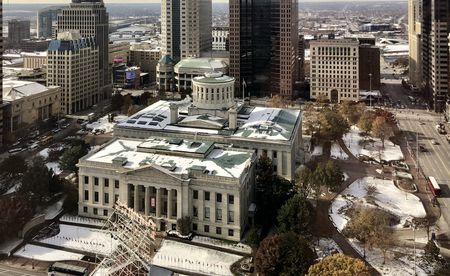 OXFORD, Ohio -- A lot of ink has, of late, been spilled about education policy in Ohio, and for good reason. Recently, poorly conceived voucher and school accountability policies spectacularly collided, and Ohio lawmakers were forced to act quickly to forestall an exponential increase in voucher eligibility. On Jan. 30, lawmakers passed an extension on the start time of the EdChoice expansion, attempting to fix some of the problems raised by educators and citizens. As of this writing, legislators have not yet agreed on a long-range fix.

In our view, it pays to start asking larger questions about EdChoice to understand how education policy is made in Ohio. Why, for instance, did this dramatic increase in voucher eligibility occur? Why would lawmakers experiment with such an expensive initiative, when studies of such voucher programs – including a rigorous study of EdChoice - have most often revealed large, negative impacts on student learning? And, in what universe does it make sense that schools would be judged, and voucher eligibility triggered, by students’ scores in 2013 and 2014 (but not 2015-2017)?

The great uproar around EdChoice should have us asking about how policy is made: specifically, whose voices are being elevated, and whose are being diminished, when Ohio education policy is being created?

Joel Malin is a faculty member in the College of Education, Health and Society at Miami University, in Oxford, Ohio.

Taking a step back, we can see that the policies adopted in Ohio are part of a broader pattern of favoring business and for-profit interests over those of community members, including parents, students, and teachers. In fact, community members’ perspectives are regularly ignored in favor of business lobbyists, charter school operators, and national influencers like U.S. Secretary of Education Betsy DeVos or companies like Pearson Education.

Business groups have long had some measure of influence on education policy – and appropriately so. What we are seeing now, however, is quite different. Ohio Excels was a major player in crafting the latest, 2019 version of high school graduation requirements, according to Marshall, “besting a competing proposal from the Ohio Board of Education,” an elected/appointed group whose role is to help advise education policy creation.

Marshall quoted state Sen. Peggy Lehner, chair of the Ohio Senate Education Committee, describing this recent, significant shift toward “choosing sides with the business community” when it comes to education policymaking. She also acknowledged the “tremendous amount of deference [that was] paid toward the workforce” when graduation requirements changes were being considered.

While business and private/private school interests are important to consider as we make education policies, there are huge problems with the way Ohio legislators are prioritizing these perspectives today.

Many of the assumptions and methods of the business world do not neatly transfer into education. In addition, parents and communities want students to be good citizens and well-rounded thinkers, as well as good workers, when they graduate from schools.

Most important are the views of professional educators, who have firsthand knowledge and expertise that can shape our policy decisions in realistic and positive directions. Their participation would also serve to prevent lawmakers from making disastrous, foreseeable errors.

Education policy in Ohio and a few other states, including Indiana and Florida, has been powerfully shaped by the interests of for-profit, pro-business, and private education providers in the past decade.

Such interests are evident in the EdChoice voucher program, which, as originally written into the 2019-2020 Ohio budget, would shift millions of public school dollars to private and religious schools that are unaccountable to the public. This is no accident. It is a reflection of whose interests are being listened to and favored at the tables where education policy is crafted. Even now, in spite of support from Ohio’s education officials, lawmakers have prevented passage of legislation undoing EdChoice.

The time is overdue to listen to a far broader range of interests and perspectives when policies and funding for Ohio’s schools are shaped by the state. Public schools are governed by both state and local representatives who are supposed to consider all important stakeholders. Currently, the perspectives of communities, parents, students, and teachers are being given short shrift when educational policy is being crafted.

Joel Malin and Kathleen Knight-Abowitz are faculty members in the College of Education, Health and Society at Miami University in Oxford, Ohio. Knight-Abowitz is also a school board member in the Talawanda City School District, and Malin is a member of the Scholars Strategy Network. The views expressed are their own. Also contributing to this op-ed was Duane Moore, a veteran social studies teacher at Hamilton High School in Hamilton, Ohio.

Have something to say about this topic? Use the comments to share your thoughts. Then, stay informed when readers reply to your comments by using the “Follow” option at the top of the comments, and look for updates via the small blue bell in the lower right as you look at more stories on cleveland.com.

Tripling the College Student Vote in Ann Arbor July 30, 2020
How Scholars Can Become Influential Public ProfessorsJune 2, 2017
How to Avoid Political Posturing about State Standards for Civics Instruction in American SchoolsJune 25, 2014