“Our research and that of others reveals the complicated lives of pregnant young people and suggests that they are the ones best able to identify the people in their lives who can help them make decisions about a pregnancy.” - Lee Hasselbacher and Catherine Hennessey

For this new member spotlight, SSN is excited to highlight Professor Lee Hasselbacher and her successful advocacy in favor of repealing an Illinois law that required parental notice if a minor sought abortion care.

Hasselbacher works within the Department of Obstetrics and Gynecology at the University of Chicago and has researched the experiences of young people seeking abortion before Illinois’ parental involvement law went into effect.

“After the law went into effect after years of litigation, I supported our providers as they implemented the law and heard stories from them about the difficulties young people faced in accessing care, seeking judicial bypass and navigating the requirements,” Hasselbacher told SSN. “The research we and others have conducted, along with hearing patient stories, led me and my colleagues to testify in favor of repealing the parental involvement law given the harm it clearly caused and the lack of demonstrated benefits.”

Hasselbacher provide testimony in October of last year with colleague Catherine Hennessey, an OB GYN at the University of Chicago Medical Center, in support of Illinois House Bill 370: Youth Health and Safety Act to repeal the state’s parental notice requirement. There have been several unsuccessful attempts to repeal the law in recent years, but in 2021 advocates succeeded: the bill passed both chambers in October, was signed into law by the governor in December, and officially went into effect on June 1, 2022.

In their testimony, Hasselbacher and Hennessey lay out key research findings that brought them to support the repeal of the state’s parental notice law, including:

Hasselbacher and Hennessey concluded their testimony by stating:

“In the end, the weight of the evidence ultimately reinforces the importance of listening to young people and supporting efforts to encourage positive family communication about sexual and reproductive health throughout adolescence – not imposing one-size-fits-all parental involvement mandates only for those young people who need an abortion.”

Following the successful repeal of the law, Hasselbacher is now working to help share information about the removal of the requirement, while continuing to support young people and assuring their confidentiality. And with the recent overturn of Roe V. Wade, Hasselbacher is already exploring new research topics, including, “how research can help us understand the particular experiences of young people seeking abortion care as access is restricted in many states.” 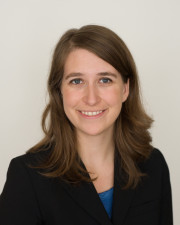 Hasselbacher is a senior policy researcher at The Center for Interdisciplinary Inquiry and Innovation in Sexual and Reproductive Health (Ci3) at The University of Chicago. She leads Ci3’s reproductive health policy research, collecting data and translating research to inform policy debates and legislation.