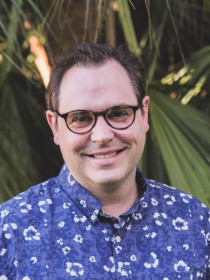 Moore’s research examines how the development of public bureaucracies has shaped politics and public policy in the United States. He is the author of American Imperialism and the State: 1893 - 1921 (Cambridge University Press, 2017), and his research has appeared in the American Political Science Review, Perspectives on Politics, and Studies in American Political Development, among other venues. He is currently completing a book manuscript on the development and evolution of the Veterans’ Health Administration as a single-payer government-run health care system.

How the Veterans Administration Became a Leader in American Health Care

"Innovation without Reputation: How Bureaucrats Saved the Veterans’ Health Care System" Perspectives on Politics 13, no. 2 (2015): 327-344.
Investigates the role of bureaucrats in shaping the development of the American welfare state and develops the concept of collaborative state-building to demonstrate how public-private partnerships may contribute to the expansion of social welfare programs in liberal states
"When Canvassers Became Activists: Antislavery Petitioning and the Political Mobilization of American Women" (with Daniel Carpenter). American Political Science Review 108, no. 3 (2014): 479-490.
Examines an original dataset of more than 8,500 antislavery petitions sent to Congress (1833–1845) and argues that American women's petition canvassing conferred skills and contacts that empowered their later activism.
"Ninety Years of Socialized Medicine: The Rise and Fall and Revival of the Veterans’ Health Care System," Policy History Conference, May 31, 2012.
Examines the development and evolution of the Veterans’ Health Administration as a single-payer government-run health care system.
"State Building through Partnership: Delegation, Public-Private Partnerships, and the Political Development of American Imperialism, 1898-1916" Studies in American Political Development 25 (April 2011): 27-55.
Investigates the role of public-private partnerships between American state officials and American financiers in the management and expansion of American empire.
"Robust Action and the Strategic Use of Ambiguity in a Bureaucratic Cohort: FDA Officers and the Evolution of New Drug Regulations, 1950-1970" (with Daniel P. Carpenter), in Formative Acts: American Politics in the Making, edited by Matthew Glassman and Stephen Skowronek (University of Pennsylvania Press, 2007).
Explains how a new cohort of bureaucrats increased the scientific standards for drug approval regulations at the Food and Drug Administration.