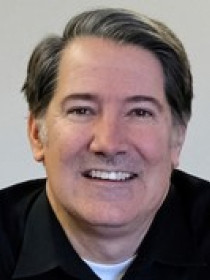 Kimball studies elections and interest group lobbying in the United States. His election research examines election administration and the impact of election laws and institutions on voters. His interest group research examines the impact of lobbying on public policy and the political agenda. He has worked with the Brennan Center for Justice on a series of reports promoting better designed ballots and other election materials. He has served as an expert witness in several court cases involving voting rights. He worked with FairVote to produce a report for the Justice Department on the use of cumulative voting in Port Chester, New York. Finally, Kimball helped draw new district boundaries for the St. Louis County Council in 2012.

"Local Politics as a Context for Polarizing Cues" (with Mary Angelica Painter). Journal of Elections, Public Opinion and Parties (2021).

Demonstrates that source cues (such as prominent politicians or interest groups) can move public support for some policies, however, most of the research on source cues in the United States tests the impact of national leaders or parties as cues. Argues that hypotheses about source cues should be tested in other settings, such as local politics.

"Ranked Choice Voting: A Different Way of Casting and Counting Votes," Election Rules and Reform, forthcoming, 2017.
"Social Group Polarization from the 1980s to 2012," (with Joseph Anthony), American Political Science Association Annual Meeting, September 2016.
"Effects of Online Voter Registration," (with Joseph Anthony), Midwest Political Science Association Annual Meeting, April 2016.
"The Long and Short of It: The Unpredictability of Late Deciding Voters" (with Janet Box-Steffensmeier, Micah Dillard, and William Massengill). Electoral Studies 39 (2015).
Examines the long- and short-campaign forces and their effects on the error variance in models of presidential voting decisions.
"Are All Jurisdictions Equal? Size Disparity in Election Administration" (with Brady Baybeck). Election Law Journal 12, no. 2 (2013).
Details how thousands of local governments are responsible for administering elections in the United States. There are substantial differences in the way local jurisdictions administer elections, and most voting problems occur disproportionately in a relatively small number of heavily populated cities and counties.
Helping America Vote: The Limits of Election Reform (with Martha Kropf) (Routledge, 2012).
Gives an assessment of efforts to improve the administration of elections in the United States over the last decade. While the adoption of new voting equipment has reduced voting errors, many other problems remain unaddressed.
"Who Cares about the Lobbying Agenda?" (with Frank Baumgartner, Jeff Berry, Marie Hojnack, Beth Leech, and Bryce Summary). Interest Groups & Advocacy 1, no. 1 (2012): 5-25.
Shows how the issues pursued by interest group lobbyists in Washington bear little resemblance to the issues the public cares about most.
Lobbying and Policy Change: Who Wins, Who Loses, and Why (with Frank Baumgartner, Jeff Berry, Marie Hojnacki, and Beth Leech) (University of Chicago Press, 2009).
Presents a large-scale study of interest group lobbying in Washington and argues that the advantages of entrenched interests in Washington produce a strong bias in favor of existing policies. As a result, lobbying resources are at best a weak predictor of changes in public policy.