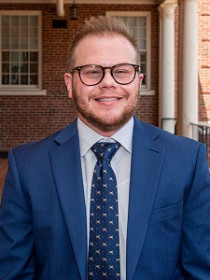 Anthony's research focuses on systems that structure political participation as well as institutions that incentivize and mobilize participation. Specifically, Joseph studies election systems, administration and policy, and political organizations. Joseph worked in political arenas for 15 years before beginning his doctoral program at the University of Missouri in St. Louis in 2014 (graduating in August 2019). Joseph was the founder and co-chair of the Help Missouri Vote Coalition (2003-2006), and he served as an expert witness to the Elections Assistance Commission in 2004. He has served on the National Board of Directors of the American Civil Liberties Union (2006-2012), The National Council on Independent Living, and the U.S. Attorney’s Hate Crimes Task Force in St. Louis. Joseph’s research has been supported by the MIT Election Data and Science Lab, the Hewlett Foundation, The New America Foundation, and the Rural Renewal Initiative program at Oklahoma State University. Joseph is currently a Visiting Assistant Professor at Oklahoma State University in Stillwater.

The Importance of Updating the Help America Vote Act

Discusses how many states have adopted laws requiring voters to present photo identification on Election Day. How are these laws implemented in a highly decentralized system of election administration?