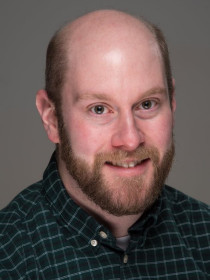 Glover's research focuses generally on political engagement, democratic theory, and public policy (immigration and drug policy specifically). Presently, he is working on a project looking at determinants of public attitudes towards drug policy reform in Maine. Glover is an award-winning teacher who as developed an innovative series of courses in which students and local community partners engage in collaborative research to confront local challenges utilizing existing assets and resources.
Contributions | No Jargon Podcast | In the News | Publications

The Roots of Minority Popular Opposition to Immigration Reform

"ENACT-ing Leadership at the State Level: A National Educational Network for Engaged Citizenship in State Legislatures," (with Kathleen Cole and Katharine Owens), University of Maine, 2018.

"Games without Frontiers?: Democratic Engagement, Agonistic Pluralism, and the Question of Exclusion" Philosophy and Social Criticism 38, no. 1 (2012): 81-104.
Analyzes the tension between calls for greater democratic inclusion and the need to, at some point, establish boundaries as to who partakes in the democratic conversation. Develops a conceptual framework for democratic participation where we recognize the necessity of exclusion in political life, but periodically subject these boundaries to democratic contestation.
"Radically Rethinking Citizenship: Disaggregation, Agonistic Pluralism, and the Politics of Immigration in the United States" Political Studies 59, no. 2 (2011): 209-229.
Examines the 2006 pro-immigrant protests in the United States as an important moment for American democracy. Argues that such protests constitute a “moment of opportunity” which enables us to think about political citizenship in more expansive (and potentially less violent and exclusionary) ways.