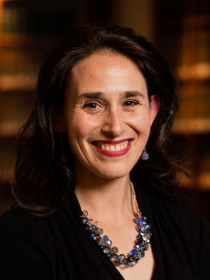 Cobb is a political scientist whose research focuses on U.S. elections, election administration, electoral politics, civic engagement, and political participation. Her work has focused on how voters are treated by election officials when they show up to vote. At Suffolk University, Cobb runs the University Pollworkers Project, a nonpartisan program designed to recruit college students to serve as poll workers in partnership with the City of Boston’s Election Department. Cobb serves on the Board of MassVOTE based in Boston, an organization dedicated to promoting political participation of historically underrepresented communities in Massachusetts.

The Many Benefits of Online Voter Registration

"Can Voter ID Laws be Administered in a Race-Neutral Manner? Evidence from the City of Boston in 2008" (with D. James Greiner and Kevin M Quinn). Quarterly Journal of Political Science 7, no. 1 (2012): 1-33.
Uses exit poll data to show that Hispanic and black voters were asked for identification at higher rates than white voters, even after adjusting for other factors.
"Police at the Polls: Impeding or Improving Access to the Vote," (with Erika Gebo), Northeastern Political Science Association, August 31, 2011.
Uses legitimacy and collective efficacy concepts to explore the voter-election official interactions in order to better contextualize what happens inside the black box of polling locations on Election Day. We discuss the implications of these findings related to election official training and actions and on people’s willingness to vote.
"Disconnection and Reorganization: The Transformation of Civic Life in Late-Twentieth-Century America" (with Theda Skocpol and Casey A. Klofstad). Studies in American Political Development 19 (2005): 137-156.

Introduces a new type of long-term empirical data: the civic group affiliations declared by Massachusetts state senators over much of the twentieth century. Offers a window into the nature and possible causes of shifting elite civic affiliations, and help to pinpoint the relative timing of elite and mass withdrawals from major membership associations.