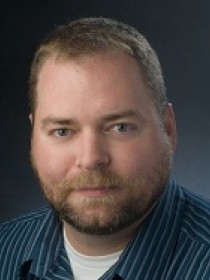 The Polarization of U.S. Public Opinion on Climate Change

"Perceived Scientific Agreement and Support for Government Action on Climate Change in the USA" (with Riley E. Dunlap and Chenyang Xiao). Climatic Change (forthcoming).
Examines the influence that perceived scientific agreement on climate change has on the public’s beliefs about global warming and support for government action to emissions, and finds that misperception of scientific agreement among climate scientists is associated with lower levels of support for government action on climate change.
"Cool Dudes: The Denial of Climate Change among Conservative White Males in the United States" (with Riley E. Dunlap). Global Environmental Change 21 (2011): 1163-1172.
Builds on the well-established “white male effect” from risk perception studies and research on the ideological roots of climate change perceptions to examine the views of climate change among conservative white males relative to other segments of the public, and finds these “cool dudes” to be uniquely dismissive of anthropogenic global warming.
"Political Orientation Moderates Americans’ Beliefs and Concern about Climate Change" Climatic Change 104 (2011): 243-253.
Offers some theoretical insights to help us better understand why political orientation moderates the relationship between educational attainment and beliefs about climate change: political divisions in the American public increasingly map onto societal divisions between critics and defenders of the industrial capitalist order.
"The Politicization of Climate Change and Polarization in the American Public’s Views of Global Warming, 2001-2010" (with Riley E. Dunlap). The Sociological Quarterly 52 (2011): 155-194.

Examines political polarization on climate change within the American public between 2001 and 2010, and finds that liberals and Democrats are more likely to report beliefs consistent with the scientific consensus and express personal concern about global warming than are conservatives and Republicans – and that these differences increased over the decade.

"Organized Climate Change Denial" (with Riley E. Dunlap), in The Oxford Handbook of Climate Change and Society, edited by John Dryzek, Richard Norgaard, and David Schlosberg (Oxford University Press, 2011), 144-160.
Draws on a wide range of academic analyses and journalistic investigations to provide an overview of the key actors in the “climate change denial machine” along with their primary strategy of attacking climate science by “manufacturing uncertainty” about its findings in order to undermine calls for reducing greenhouse gas emissions.
"Anti-Reflexivity: The American Conservative Movement’s Success in Undermining Climate Science and Policy" (with Riley E. Dunlap). Theory, Culture, and Society 27 (2010): 100-133.
Analyzes the U.S. conservative movement’s efforts to undermine climate science and policy by mounting an anti-environmental “countermovement,” and outlines the manner in which conservatives (especially during the George W. Bush Administration) employed non-decision-making to achieve its ends while minimizing public backlash.