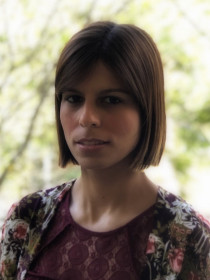 Rosa’s research focuses on social movements, education, media discourses, and spaces of resistance centered on student activism and digital activism. Her geographical focus is Latin America and the Caribbean as well as their diasporas in the U.S. Overarching themes in Rosa’s writing include resistance performances, emotions, alternative media, cultural identity, migration, among others. Recently, she explored the intersections of Puerto Rican post-disaster migration and trauma. Rosa continues to serve as a mentor to members of Mentes Puertorriqueñas en Acción (MPA).
Contributions | No Jargon Podcast | In the News | Publications

Describes the 2010-2011 student strike at University of Puerto Rico (UPR) campuses. Illustrates their usage of alternative media and how alternative and traditional media representations can influence activist collective identity.

Examines later stages of the 2010-2011 student strike at the University of Puerto Rico (UPR). Focuses on the emotional narratives that emerged through student tactics and encounters with police.

Highlights an exhibit showcasing art and expression of University of Puerto Rico students during their 2010-2011 strike.

Examines how students during the 2010-2011 student strike at the University of Puerto Rico (UPR) used citizen journalism and alternative media to construct their own spaces of resistance, in contrast to the administration's investment in traditional media advertising.