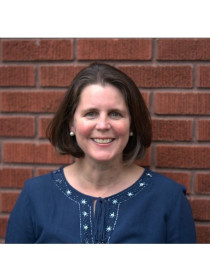 Norris conducts multi-method studies with a focus on sexual and reproductive health decision making. Overarching themes in Norris's writing include improving sexual and reproductive outcomes by understanding how social norms, decision making, and institutional structures influence health and healthcare access. Norris is co-PI of OPEN (Ohio Policy Evaluation Network), a multi-institution collaborative effort to evaluate the impact of reproductive health-related laws and policies on the health and well-being of people in Ohio and surrounding states.
Contributions | No Jargon Podcast | In the News | Publications

Does Knowledge about Abortion Depend on Where People Live?

Discusses how among reproductive-aged women in Ohio, legislative and judicial activities around Ohio's 6-week abortion ban was associated with increased percentages of women believing abortion to be illegal. Clarifies that Ohio lawmaker's attempts to restrict abortion in the state could lead to women believing that abortion is illegal, even when when unsuccessful.

"Connecting Knowledge about Abortion and Sexual and Reproductive Health to Belief about Abortion Restrictions: Findings from an Online Survey" (with Danielle Bessett, Megan L. Kavanuagh, and Lisa Littman). Women's Health Issues 23, no. 4 (2013): 239-247.

Examines individuals' knowledge about abortion in the context of their knowledge about other sexual and reproductive health (SRH) issues, including contraception, abortion, pregnancy, and birth.

Assesses migrant characteristics and tests associations between migrant status and prevalent STIs among Tanzanian agricultural plantation residents. Finds that migrant men experience significantly elevated risk for prevalent STIs, above and beyond socio-demographic and behavioral risk factors, as compared to their non-migrant peers; women in this Tanzanian agricultural plantation community overall had higher prevalence of some STIs than men, migrant women had similar STI risk as non-migrant women; and migration for work, an economic strategy for millions, also creates vulnerabilities, so workplace-based STI prevention programs and connecting migrants to community resources are essential.

Finds that even in settings where abortion is illegal, some women experience illegal abortions without adverse health consequences, what we might call ‘safer’ unsafe abortions. These kinds of abortion experiences can be missed in studies about abortion conducted among women seeking PAC in hospitals.

Discusses five reasons why abortion is stigmatized. Examines causes and consequences of abortion stigma to illustrate how it is manifest for affected groups.

Establishes that three types of female condom have similarly low rates of self-reported problems as the FC2, the only female condom approved by the US Food and Drug Administration (FDA), and examines questions of barriers to public access to and regulation of female condoms.

Examines individuals’ knowledge about abortion in relation to political context of their current state of residence, assess health-related and legality abortion knowledge, to find that state-level conservatism does not modify the existing relationships between individual predictors and each of the two types of abortion knowledge. Disputes the ‘red states’ versus ‘blue states’ hypothesis, and finds that knowledge about abortion’s health effects in the USA is low.