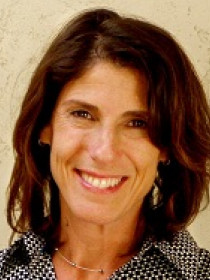 Binder has long studied education as a site for cultural and political conflict, both at the K-12 level and in higher education. Unlike most sociologists of education whose predominant concerns are schooling’s relationship to access, achievement, and attainment, Binder has combined social movements and institutional approaches to understand a range of educational phenomena, such as curricular challenges from both the left and right, and university campus’ distinctive role in shaping students' political identities. Her other areas of inquiry include studying the ways that journalists draw on and amplify public discourses of race, understanding conservatism in its multiple forms, and making sense of elites as challengers in progressive social movements. Binder has served as a consultant on the General Social Survey and is a board member for The Preuss School in San Diego, one of the country’s highest performing charter schools for first-generation college-goers.

How Elite Colleges Can Limit the Brain Drain to Wall Street

Becoming Right: How Campuses Shape Young Conservatives (with Kate Wood) (Princeton University Press, 2012).
Looks at an understudied population which is often spoken for, but rarely spoken to: right-leaning college students. Presenting previously untapped demographic information on who conservative collegians are and what they believe, the book examines how these students are mobilized by well-funded national conservative organizations and also shaped in more subtle ways by the particular university campuses they attend.
"Elite Status and Social Change: Using Field Analysis to Explain Policy Formation and Implementation" (with Meghan Duffy and John Skrentny). Social Problems 57, no. 1 (2010): 49-73.
Analyzes the challenges faced by an elite foundation in Denver when its members and allies tried to lead the way to socially conscious urban redevelopment.
"The Diversity of Culture" (with Mary Blair-Loy, John Evans, Kwai Ng, and Michael Schudson). Annals of the American Academy of Political and Social Science 619, no. 1 (September 2008): 1-9.
Introduces readers to a 14-chapter, guest-edited issue of the Annals (special issue titled Cultural Sociology and Its Diversity), in which sociologists in a wide range of specialties reflect on the role that culture has played in their subfields (examples: culture and education, culture and stratification, culture and organizations...)
"For Love and Money: One Organization’s Creative and Multiple Responses to a New Funding Environment" Theory and Society 36 (December 2007): 547-571.
Looks at how seemingly intransigent federal funding rules are flexibly interpreted in three separate service departments of a single transitional housing complex: child care, counseling, and housing. Explains differences as an outcome of staff’s professional knowledge, in interaction with the proximity of the funding stream to the department.
Contentious Curricula: Afrocentrism and Creationism in American Public Schools (Princeton University Press, 2002).
Analyzes how and why Afrocentrists had greater success pushing for curricular reform in public schools than did creationists during the initial phases of challenge, but how school systems, in the end, effectively marginalized both challenges in the implementation phase.
"Do Employers Really Need More Educated Youth?" (with James Rosenbaum). Sociology of Education 70 (January 1997): 68-85.
Uses interviews with employers hiring non-college bound high school students to assess the cognitive and behavioral skills they look for in entry-level workers.