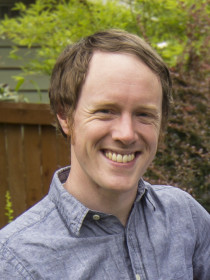 Hedden's research focuses on the making of late 20th century globalization in the urban United States with an emphasis on labor, race, and gender. His dissertation, currently in progress, charts the end of New Deal liberalism and the rise of international trade in the city of Seattle during the 1970s. Overarching themes in Hedden's writings include the politics of labor unions, welfare rights, the Cold War state, and neoliberalism. Hedden serves as the Associate Director of the University of Washington's Harry Bridges Center for Labor Studies, where he has been a staff member since 2008. Through education and research, the Bridges Center's mission is to develop labor studies — broadly conceived to include working people everywhere — as a central concern in higher education. The Center cultivates connections with labor communities locally and around the world and informs policymakers about issues confronting workers.

Even Blue-Chip Companies Fail. Here's How to Save Their Workers, and Towns, When They Do.