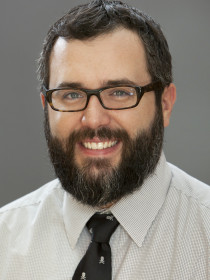 Papachristos is a researcher and policy analyst of urban neighborhoods, street gangs, violent crime, gun violence, and social networks. Most recently, Papachristos was awarded a National Science Foundation Faculty Early Career Development award to examine how violence spreads through high-risk social networks. He is also currently involved in the evaluation and implementation of several violence reduction strategies, most notably the Project Safe Neighborhoods and the Group Violence Reduction Strategy in Chicago. His writing has appeared in Foreign Policy, The American Journal of Sociology, The Annals of the American Academy of Social and Political Science, The American Journal of Public Health, Criminology & Public Policy, Journal of Quantitative Criminology, and several edited volumes and other peer-reviewed journals. Papachristos actively works as a board member of the National Network for Safe Communities and the National Gang Crime Research Center.

How Tough Policing in Immigrant Communities Can Backfire

"Social Networks and the Risk of Gunshot Injury" (with Anthony Braga and David Hureau). Journal of Urban Health (forthcoming).
Examines how the social networks of 700 at risk youth in Boston relates to the risk of gunshot injury. Findings indicate that exposure to violence in one’s social network greatly increases one’s own risk of gunshot injury—in fact, each “handshake” closer one is to a gunshot victim increases the odds of being a victim oneself by approximately 25 percent.
"The Paradox of Law Enforcement in Immigrant Communities: Does Tough Immigration Enforcement Undermine Public Safety?" (with David Kirk, Jeffrey Fagan, and Tom Tyler). The Annals of the American Academy of Political and Social Science 64, no. 1 (2012): 79-98.
Explores the implications of perceived injustices perpetrated by the criminal justice system for resident willingness to cooperate with the police in immigrant communities. Findings demonstrate that residents in immigrant communities are actually more cooperative with authorities than residents in non-immigrant communities. This finding suggests “get tough” law enforcement practices may undermine such cooperation and, in so doing, hinder public safety efforts.
"Too Big to Fail: The Politics and Science of Violence Prevention" Criminology & Public Policy 13, no. 1 (2011): 1053-1061.
Discusses the contradictions faced by scientists and policy-makers when trying to develop and evaluate violence prevention strategies for U.S. cities. The recent diffusion of the Chicago CeaseFire campaign is used as an illustration of how a model can be propagated before any evaluation can be conducted as well as the political and research implications of such diffusion.
"Murder by Structure: Dominance Relations and The Social Structure of Gang Homicide" American Journal of Sociology 115, no. 1 (2009): 74-128.
Argues that the social structure of gang murder is defined by the manner in which social networks are constructed and by people’s placement in them. The author uses a network approach and incident-level homicide records to recreate and analyze the structure of gang murders in Chicago. Findings demonstrate that individual murders between gangs create an institutionalized network of group conflict, net of any individual’s participation or motive. Within this network, murders spread through an epidemic-like process of social contagion as gangs evaluate the highly visible actions of others in their local networks and negotiate dominance considerations that arise during violent incidents.
"Attention Felons: Evaluating Project Safe Neighborhoods in Chicago" (with Tracey Meares and Jeffrey Fagan). Journal of Empirical Legal Studies 4, no. 2 (2007): 223-250.
Uses a quasi-experimental design to evaluate the impact of Project Safe Neighborhood (PSN) initiatives on neighborhood-level crime rates in Chicago. Findings suggest that several PSN interventions are associated with greater declines of homicide in the treatment neighborhoods. The largest programmatic effect is associated with the offender notification meetings that stress individual deterrence, normative change in offender behavior, and increasing views on legitimacy and procedural justice.