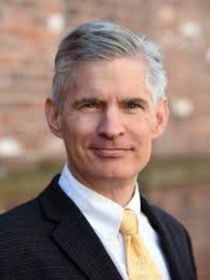 Cashore’s initial research in the 1990s focused on understanding the role of environmental groups in shaping Canadian and U.S. Pacific Northwest forestry practices and protected areas. Since then, he has expanded his work to comparing U.S. state and federal forest regulations with 44 jurisdictions around the world. He expanded his work in the mid-1990s to include ‘eco-labeling’ programs that turned to supply chains, rather than governments, for authority and incentives. Conceiving these as new arenas of private authority, he coined the term, “non-state market driven” (NSMD) governance and has traced its emergence in North America, Europe, and in developing countries. He is particularly interested in understanding the processes through which NSMD systems might gain rule making authority and legitimacy. With Bernstein Cashore  developed a “pathways of influence” framework, now being applied around the globe, that identifies distinct causal processes through which non-governmental and non-domestic organizations might influence environmental and social practices “on the ground.” Cashore gives talks to many organizations and forums including the Forest Stewardship Council, the Climate and Land Use Alliance, the formal COP side event Landscape Day, the European Environmental Agency, USAID, and the World Bank.

Discusses the emergence and institutionalization of a unique form of transnational business governance (TBG): legality verification (LV) systems, which track products along global supply chains. Argues that empirical results are consistent with a “Delaware effect” in which economic globalization is asserted to lead to a “ratcheting down” of  environmental and social standards. Identifies the conditions through which, widespread coalitions in support of the institution of LV, may pave the way for a “ratcheting up.”

Argues that an “applied forward reasoning” approach is better suited for social scientists seeking to address climate change, characterized as a “super wicked” problem comprising four key features: time is running out; those who cause the problem also seek to provide a solution; the central authority needed to address it is weak or non-existent; and, partly as a result, policy responses discount the future irrationally. Proposes path-dependent policy interventions that can “constrain our future collective selves.”

"Differences that Matter?: A Framework for Comparing Environmental Certification Standards and Government Policies" (with Constance McDermott and Emily Noah). Environmental Policy and Planning 10, no. 1 (2008): 47-70.

Develops an analytical framework designed to understand better the emergence of NSMD governance systems and the conditions under which they may gain authority to create policy. Argues that such a framework is needed to assess whether these new private governance systems might ultimately challenge existing state–centered authority and public policy–making processes, and in so doing reshape power relations within domestic and global environmental governance.

Examines the differences in policy development concerning state and federal regulation of private and public forest lands governing the same problem, region, and population challenges. Argues that the existence of a “thermostatic” institutional setting governing policy development on federal lands, that was absent in the institutions governing private lands, contained durable policy objectives that required policy settings to undergo major change in order to maintain the institution's defining characteristics.