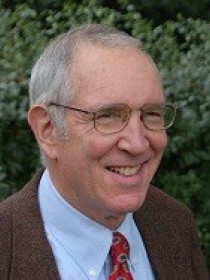 Page works on American politics and U.S. foreign policy, specializing in public opinion, democratic policy making, the media, and economic inequality. He is best known for his work (with Robert Y. Shapiro) on the “rationality” of public opinion: the general stability, coherence, and responsiveness to new information of Americans’ collective policy preferences. He is currently studying the political attitudes and behavior of wealthy Americans – the top 1% of U.S. wealth-holders – investigating how they often disagree with average citizens but tend to get their way in policy making. Page’s past civic involvement has been limited, but he is now committed to helping Americans understand the barriers that stand in the way of democratic responsiveness.

Deficit Hawks Reflect the Views of the Wealthy, Not the Majority

"Testing Theories of American Politics: Elites, Interest Groups, and Average Citizens" (with Martin Gilens). Perspectives on Politics 12, no. 3 (2014): 564-581.
Discusses four theoretical traditions in the study of American politics—which can be characterized as theories of Majoritarian Electoral Democracy, Economic-Elite Domination, and two types of interest-group pluralism, Majoritarian Pluralism and Biased Pluralism— that offers different predictions about which sets of actors have how much influence over public policy: average citizens; economic elites; and organized interest groups, mass-based or business-oriented.
"Democracy and the Policy Preferences of Wealthy Americans" (with Larry M. Bartels and Jason Seawright). Perspectives on Politics 11, no. 1 (March 2013): 51-73.
Demonstrates how the top 1% or so of U.S. wealth-holders appear to disagree with the American public over a number of policies concerning taxation, economic regulation, and social welfare programs – and how the policy preferences of the wealthy may help account for why U.S. policy sometimes deviates markedly from what the average citizen would want their government to do.
"Research Note: Political Participation by Wealthy Americans," (with Fay Lomax Cook and Rachel L. Moskowitz), Institute for Policy Research WP 13-03, Northwestern University, October 31, 2012.
Uses data from a small pilot study of the top 1% of U.S. wealth-holders, together with data from surveys of the general public, to show that the truly wealthy are far more active politically than most Americans – even the “affluent.”
Class War? What Americans Really Think about Economic Inequality (with Lawrence R. Jacobs) (University of Chicago Press, 2009).
Presents evidence that most Americans favor free enterprise along with practical government programs to distribute wealth more equitably – as opposed to being polarized by party and in constant conflict, as so many Washington officials are.
The Foreign Policy Disconnect: What Americans Want from Our Leaders but Don’t Get (with Marshall M. Bouton) (University of Chicago Press, 2006).
Draws on a series of national surveys to show that Americans generally hold durable, coherent, and sensible opinions about foreign policy, many of which are in opposition to those of policymakers because of differing interests and values (rather than a lack of knowledge on the part of regular citizens).
What Government Can Do: Dealing with Poverty and Inequality (with James R. Simmons) (University of Chicago Press, 2000).
Examines a number of federal and local programs, detailing what government action already does for its citizens and assessing how efficient it is at solving the problems it seeks to address.
The Rational Public: Fifty Years of Trends in Americans’ Policy Preferences (with Robert Y. Shapiro) (University of Chicago Press, 1992).
Offers a definitive and comprehensive account of the policy preferences of the American public and how they have changed, demonstrating that collective public opinion on policy is remarkably coherent and worthy of policymakers’ attention.