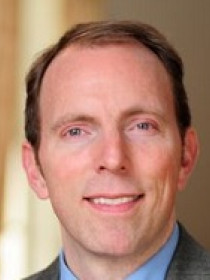 Peabody’s areas of expertise include judicial independence, the separation of powers, changing conceptions of American heroism, and the intersection of popular culture and problems in the U.S. political system. Peabody also has a longstanding interest in how elected officials and members of the public engage and interpret our Constitution. He directs a lifelong learning program and speaks about his research and professional interests to a wide range of non-academic groups including senior citizens, community organizations, and practicing lawyers and judges. His work on televising the Supreme Court has been referenced in debates in the U.S. Congress.

The Changing Relationship of Congress and the Federal Judiciary

Where Have All the Heroes Gone? The Changing Nature of American Valor (Oxford University Press, forthcoming).

Explains that the important changes over the past half century, including the increasing scope and power of new media and people’s deepening political distrust, have drawn both politicians and producers of media content to the hero meme. Investigates the story of American heroes over the past five decades, providing a narrative that can teach us about such issues as political socialization, institutional trust, and political communication.

"Hope, Fear and Loathing, and the Post-Sebelius Disequilibrium: Assessing the Relationship between Parties, Congress, and Courts in Tea Party America" (with Kyle Morgan). British Journal of American Legal Studies 2, no. 1 (2013): 27-58.
Examines recent attitudes of members of the House of Representatives towards the judiciary and major court opinions, and presents evidence that recent trends may signal a shift in how the parties regard the judiciary.
"Popular Constitutional Values: The Links between Public Opinion and the Supreme Court’s 2011 Term" (with Peter J. Woolley). Res Gestae: Fordham Law Review 81 (2011): 1-25.
Presents and explains recent research about the public’s understandings of legal issues in pending Supreme Court cases. Discusses findings from several cases evaluated during the Court’s recent terms.
The Politics of Judicial Independence (Johns Hopkins University Press, 2010).
Evaluates whether judicial independence in the United States is under threat in the twenty-first century, and considers what distinguishes politically healthful separation of powers struggles from harmful attacks on court power.
"Debate, Congress's Power to Compel the Televising of Supreme Court Proceedings" University of Pennsylvania Law Review 156 (2007): 46-52, 55-60.
Makes the case for the constitutionality of proposed legislation to require the Supreme Court to televise its public session and considers arguments “on the other side” – contending that such a measure would infringe upon the U.S. Constitution.
"The Twice and Future President: Constitutional Interstices and the Twenty-Second Amendment" (with Scott E. Gant). Minnesota Law Review 83, no. 3 (1999): 565-635.
Considers various scenarios in which a twice-elected President might again serve as President, overcoming the presidential term limits of the Twenty Second Amendment.