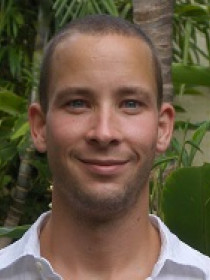 Klofstad’s teaching and research addresses how society and biology influence human decision-making. Through a ten-year panel study of college undergraduates who were randomly assigned to their dormitories, he has shown that everyday casual conversations about politics can cause people to become more active civically. More recently he has conducted experiments that show that voters are biased in favor of candidates with lower-pitched voices. This bias potentially contributes to the underrepresentation of women in government and other positions of leadership. His time at the University of Miami has also led to his interest in immigrant political behavior. Klofstad has also conducted research on the political behavior of elected officials.

Discusses how candidates' vocal characteristics influence voters' attitudes toward them. Explores how these impressionistic judgments can and do affect how we choose our leaders.

"Disagreeing about Disagreement: How Conflict in Social Networks Affects Political Behavior" (with Anand Sohkey and Scott McClurg). American Journal of Political Science 57 (2013): 120-134.
Shows that exposure to disagreeable conversations about politics has mixed effects on political preferences and civic involvement.
"Preference for Leaders with Masculine Voices Holds in the Case of Feminine Leadership Roles" (with Rindy C. Anderson). PLoS ONE 12 (2012): e51216.
Shows that the bias in favor of candidates with lower-pitched – masculine – voices holds in the case of leadership positions that are traditionally held by women.
"Sounds Like a Winner: Voice Pitch Influences Perception of Leadership Capacity in Both Men and Women" (with Rindy C. Anderson and Susan Peters). Proceedings of the Royal Society B: Biological Sciences 297 (2012): 2698-2704.
Shows that voters are biased in favor of candidates with lower pitched – masculine – voices.
Civic Talk: Peers, Politics and the Future of Democracy (Temple University Press, 2011).
Examines the positive influence that everyday informal conversations about politics have on civic involvement.
"The Lasting Effect of Civic Talk on Civic Participation: Evidence from a Panel Study" Social Forces 88 (2010): 2353-2375.
Shows that the positive relationship between political discussion and civic participation lasts for years after the conversations took place.
"Civic Talk and Civic Participation: The Moderating Effect of Individual Predispositions" American Politics Research 37 (2009): 856-878.
Shows that the positive relationship between political discussion and political participation only occurs among individuals who are already civically engaged.
"Talk Leads to Recruitment: How Discussions about Politics and Current Events Increase Civic Participation" Political Research Quarterly 60 (2007): 180-191.
Shows that the mechanism underlying the positive relationship between political discussion and civic participation is recruitment; when we talk politics we are often times encouraged to become active civically.