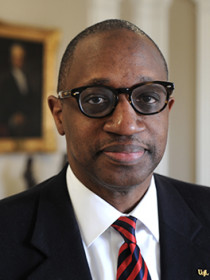 Powell's research focuses on constitutional law, rooted in Critical Race Theory. Overarching themes in Powell's writings include the ways in which neutrality reinforces oppression and subjugation in various areas of society. Subjects of Powell's writings include the Fourteenth Amendment, affirmative action, school desegregation, the First Amendment and Hate Speech, and political process theory. Powell's research connects with other subject areas because of a focus on ostensibly neutral judicial rationales and public rhetoric actually advance structural inequality in society.

How Race-Neutral Rulings by the Supreme Court Perpetuate Inequalities

This paper describes how the Court once acknowledged this danger in its political process decisions; and, while these decisions have not been explicitly overruled, Schuette marks the constitutionalization of post-racial process discourse and the democratic myth.

This article examines the use of "neutral" rhetoric in court decisions related to race and equal opportunity in the context of integration efforts in public schools.