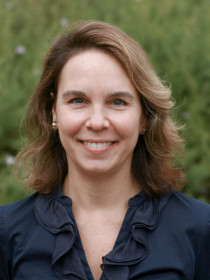 Kubrin's research focuses on neighborhood correlates of crime, with an emphasis on race and violent crime. Recent work in this area examines the immigration-crime nexus across neighborhoods and cities, as well as assesses the impact of criminal justice reform on crime rates. Another line of research explores the intersection of music, culture, and social identity, particularly as it applies to hip hop and minority youth in disadvantaged communities. Kubrin has testified before Congress about her research on criminal justice reform. She has presented her research on the immigration-crime nexus for a special panel of the National Academy of Sciences. She is a frequent media contributor whose writing has been featured in the The New York Times, The Los Angeles Times, The Washington Post, Forbes, and CNN. She is co-author of two amicus briefs on rap music that were filed with the U.S. Supreme Court and has served as an expert witness and consultant in many criminal cases involving rap music as evidence of alleged underlying criminal activity.

Hearing on California Criminal Justice Reform: Potential Lessons for the Nation in California

Replicates and extends previous research to address whether negative stereotypes about rap music affect jurors' view of defendants. Finds that writers of violent “rap” lyrics are perceived more negatively than writers who pen identical country and heavy metal lyrics. Finds that songwriter race matters; no differences in judgments were detected between the White and Black songwriters. Finds when race information was not provided, participants who inferred the songwriter was Black judged him more negatively than participants who inferred he was White.

Represents the first effort to evaluate systematically Proposition 47’s impact on California’s crime rates. Suggests that Prop 47 had no effect on homicide, rape, aggravated assault, robbery, or burglary. Finds larceny and motor vehicle thefts seem to have increased moderately after Prop 47, but these results were both sensitive to alternative specifications of our synthetic control group and small enough that placebo testing cannot rule out spuriousness.

Notes that rap lyrics have been introduced by prosecutors to establish guilt in criminal trials. Presents 3 experiments that examine the impact of genre-specific stereotypes on the evaluation of violent song lyrics by manipulating the musical genre (rap vs. country) while holding constant the actual lyrics. Detects a main effect for the genre, with rap evaluated more negatively than country or a control condition with no label. Finds no effect of the lyrics’ author.

Examines the Secure Communities initiative, which provides a system that automatically transmits and checks fingerprints against the Department of Homeland Security’s (DHS) Automated Biometric Identification System (IDENT), which contains information on known immigration violators, known and suspected terrorists, and “criminal aliens,” among others. Identifies 7 reasons why the U.S. should abandon the the Secure Communities Program.